“And Yaakov sent angels ahead of him to Eisav his brother ….” (Bereishis 32:4)


Rashi tells us that these were heavenly angels. The Ohr HaChaim notes that Yaakov was afraid Eisav would attack him. He therefore chose to send celestial beings instead of human messengers so that Eisav would reconsider his harmful intentions.

The second group of malachim are those that are created each day through our mitzvos and aveiros, as we learn (Avos 4:11), “One who fulfills a single mitzvah acquires for himself a single advocate, and he who commits an aveirah acquires for himself a single accuser.” The stature of the heavenly angel that is produced is commensurate with the effort expended in performing the deed.

HaRav Mordechai Eliyahu points out that when Yaakov Avinu returned to Eretz Yisrael he saw these two camps of angels, as it says (Bereishis 32:2-3), “… and angels of G-d encountered him … so he called the name of that place Machanayim,” i.e., two camps. Yaakov sent those two angels who were “before him,” those that had been created from his performance of mitzvos and would serve to protect him from Eisav.

In a similar vein, the commentaries note that when the angel called out to Avraham (Bereishis 22:11), he said, “I am the malach that was created from the mitzvah of the Akeidah – in that you were willing to place your son on the Altar and sacrifice him to Hashem. It is considered as though you actually fulfilled the mitzvah. Just as I am complete, so too you will have the complete merit of fulfilling your mission in life.”

Our Sages tell us that if a person performs mitzvos and does good deeds he will merit to be escorted day and night by angels who guard him. This is Dovid HaMelech’s reference in Tehillim (91:11), “He will charge His angels for you, to protect you in all your ways,” to which Shlomo HaMelech adds (Mishlei 3:6), “In all your ways know Him, and He will smooth your paths.” The thought is that if one wants the guardianship of Hashem he should strengthen his yiras Hashem and his fulfillment of Torah and mitzvos.

It is interesting that in previous times there was a custom for someone who was going into a restroom to “request his escorts” to remain outside and await his return. The Mishnah Berurah writes that we no longer have this practice because the current generations do not have that level of yiras shamayim (fear of Heaven) where we can sense the presence of the angels that accompany us and be prompted to make that request.

The Ben Ish Chai notes, in his Sefer Od Yosef Chai, that some do practice this custom on Yom Kippur, a day when every person has angels accompanying him.

The Jewish community of Chernobyl was facing a serious wave of anti-Semitism. The Satan had made many strong allegations against the Jewish people in the heavenly court. He eventually gained credibility, and a harsh judgment was pending against the community. Even the malach Michoel, the advocate for the Jewish nation, had no immediate defense to offer.

At that time the great rabbi of Chernobyl said: There are certain mitzvos that a Jew performs that have the power to cancel their aveiros. For instance, when a Jew celebrates the mitzvah he is fulfilling – like a bris milah, a pidyon haben, a marriage – and makes a lavish feast, he is filled with joy for the mitzvah that he has merited to fulfill. Did you ever see a Jew make a celebration when he committed a sin? He has absolutely no joy at all. In fact, he regrets that he allowed temptation to overwhelm him and to cause him to sin. 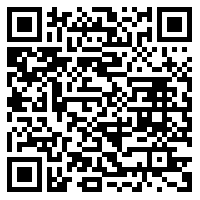