Defense Minister Benny Gantz on Thursday instructed Israel’s security forces to work together and focus their efforts on the new and old centers of friction between Arabs and Jews in Judea and Samaria, and called for establishing new, dedicated teams to deal with “Jewish terrorism.”

Referring to Arab complaints against Jewish settlers, Gantz stressed “what begins with a tree can end in bodily injury and, God forbid, death. Hate crimes are the root of terrorism and we must eradicate it.” And, make no mistake about it, he was referring to Jewish hate crime.


The Defense Minister concluded that the pooling of security forces against Jews in Judea and Samaria will include enhanced legal teams to prosecute Jewish terrorism.

Data presented at the discussion show that this year there was an increase of about 150% in the number of incidents in which physical friction between settlers and Palestinians was documented, compared to 2019. In 2020 there was some decline compared to 2019, which was attributed to Corona.

The discussion was held against the background of increased attempts around the clock by Arabs to murder Jews everywhere in Israel, including Judea and Samaria. In fact, while the security chiefs were discussing the Jewish violence that provokes Arab terrorism, as Gantz reportedly phrased it, on Thursday night Arab terrorists threw dozens of stones at vehicles traveling near the village of Turmus Aya in Samaria. The attack caused heavy damage to the bus, but fortunately, there were no casualties among the passengers.

The reason for the meeting with Gantz Thursday night was those well-edited video clips that have been disseminated on social media and picked by multiple news reporters on television. The clips are always biased against the Jews in the story and often against IDF soldiers who show up on the scene and rightfully protect the Jews against assaults by the Arab side. The clips pick up the action after the Arab provocation, in the best tradition of “it all started after Israeli retaliated.”

Minister Gantz assigned Defense Deputy Minister Alon Schuster (Blue&White) the responsibility of promoting the need to fight the violent Jewish settlers with all the agencies involved and called for a follow-up discussion to be held later on under his leadership to review progress on the ground.

MK Schuster is a decorated soldier who retired from the IDF with the rank of Colonel after sustaining a crippling injury in one eye in Lebanon. He is also an active member of the Israel Movement for Reform and Progressive Judaism. 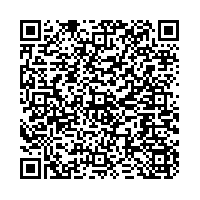