An American armed forces commander in charge of recruiting says obesity is becoming an issue of “national security.”

U.S. Maj.-Gen. Allen Batschelet, director of the U.S. Army Recruiting Command, says 10 percent of those who come to enlist are turned down due to their weight.


Moreover, if the trend continues, Batschelet warns there won’t be enough qualified potential soldiers in the U.S. military because up to half of young Americans are likely to meet criteria for obesity by the end of this decade.

“Just under three in 10 young people 17 to 24 can join the Army today – and the other armed services for that matter – and the single biggest disqualifier is obesity,” Batschelet said in an interview with CNN. “Ten percent of them are obese and unfit to the point that they can’t join the service. It’s really very worrisome.

According to a report in the Journal of American Medicine, more than one third of adults in the U.S. meet criteria for obesity, and rates are rising.

“I don’t know that’s fair to call it a crisis just yet,” Batscheler said, “but I think it’s quickly approaching one. It really becomes a national security issue.”

In the State of Israel, the issue is rarely if ever raised, because most recruits begin the draft process at age 16, while they are in the 10th or 11th grade of high school.

Since military service is mandatory in Israel, the draft is just another step in growing up for most teens. The first part of that process is a comprehensive medical and psychoeducational evaluation to determine the potential recruit’s military “profile.”

It is this evaluation that tells the army personnel whether or not the recruit is actually fit for duty. Those who are deemed to be questionable for any reason are then placed on a “B” list and scrutinized more closely.

Obesity could be considered such a factor – but it is more likely that such a recruit will simply be referred to the local HMO clinic nutritionist for closer followup. Males will most likely end up peeling off those pounds in basic training, assuming there are no other medical conditions; females will be followed up at the clinic and then at the base, where basic training, counseling and a lot of exercise will likely help her to get back on track.

Weight is not considered a reason to skip military service in the State of Israel, where chocolate spread is a typical bonus with bread at breakfast and midday snack times. Fresh vegetables and fruit are always available as well, of course… 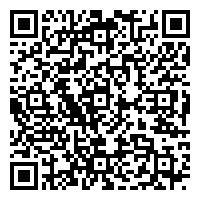