The Medrash Rabbah points out that the word “yoshev” (he was sitting) is missing the letter vav, to tell us that Avraham Avinu wanted to stand in the presence of the Shechina (Divine Presence), but Hashem instructed him to sit. This was to indicate that at the time the children of Avraham will sit in their shuls and Torah study halls, the Divine Presence will – in the same way – hover above them, as it says (Tehillim 82:1), “Hashem stands in the Divine assembly.”

Our sages tell us that throughout history, the Jewish nation have always “sat at the entrance” of the countries as they settled in exile, apprehensive of the uncertainties of galus. However, after a prolonged stay in galus, the Jewish people become complacent and feel accepted. It is then that stormy winds surge and strike, disturbing our sense of security, and reminding us that we do not belong among the nations of the world.

The Meshech Chachma (R’ Meir Simcha of Dvinsk) expounds in Parshas Bechukosai on the dangers of forgetting our own roots and becoming acculturated within the society where we are living. He notes that the Jewish people sometimes become overly impressed with the culture and environment they are experiencing, and slowly begin to adopt the foreign values, possibly resulting in the abandonment of Torah. Instead of sitting “at the entrance,” we settle “inside, within the tent,” of our host country. It is then that a storm begins to rage, reminding us that “Berlin is not Jerusalem,” and inspiring us to remember the Torah of Hashem, our mitzvos and our individuality. R’ Meir Simcha made this specific reference fifty years before the Holocaust took place, at a time when Germany was considered to be among the most cultured civilizations of the enlightened world.

Rav Shach comments that, indeed, this is what occurred after the Golden Era in Spain. Likewise, when the Jews became acclimated in Eastern Europe, and achieved a level of economic stability, the tragedy of the “Gezeiros Tach V’tat” – also known as the Chmielnicki Massacres – erupted (1648-1649) in Southern Poland and the Ukraine. In the last generation, the genocide of the Holocaust was directed at all Jews, including those who had become fully acculturated and assimilated within the non-Jewish environment in which they resided. Rav Shach reiterates the importance of being constantly mindful that we are, in fact, in exile and await our redemption.

The Medrash Rabbah continues that it is when we enter the shuls and Torah study halls and read the krias shema in Hashem’s honor that we are assured of our continuity and existence, when the Divine Presence hovers over us.

Recently we have been seeing violent acts of antisemitism that threaten our state of tranquility. We have been hearing derogatory statements from individuals in the entertainment world that are inflammatory and provocative. Government representatives have been making pronouncements that up till now have never been uttered in public.

We read in the haggadah, “In every generation they rise up against us to destroy us…” Hashem’s protection notwithstanding, such acts of antisemitism are a wake-up call that demand not only the proper response, but increased prayer, Torah study, and acts of chesed.

A king had an only son whom he loved dearly. When the prince rebelled against his father, he was sent away until he would correct his errant ways.

When the son rebelled a second time, he was sent to a faraway land for an indeterminate period of time. Once a year the king sent money with his messengers so that the prince could have his needs met. However, the messengers were beset by robbers as they traveled very long distances to reach the prince, and the money never reached its destination.

After a few years, the king no longer thought much about the prince. Without any resources, the prince led a simple life, and his royal pedigree became a distant memory. When the king saw that his son had not been moved to repent, he ordered that the prince be harassed by the villagers with whom he was living. The villagers complied and bullied the prince, stole from him, and allowed him no rest. Conditions became very difficult for the prince and, at the lowest point, he recalled his aristocratic lineage. In a sincere letter to his father, the prince supplicated for mercy. He admitted to his wrongdoings and transgressions and begged forgiveness. He then pleaded to be allowed to return home. However, he received no response. He sent a second and third letter, which didn’t either get a response.

When the prince made some inquiries, he was told that thieves along the way were probably stealing the letters. He was advised to send his letter via water, where there were no thieves, rather than over land.

R’ Binyamin of Zalotsh comments that as long as we are in galus we no longer merit to enjoy the abundance we had. The Jewish nation longs for the redemption at which time we will be reinstated to our former glory and royalty. The only way to achieve this is through prayer – by sending a letter to the King of kings, not by land, but via water, i.e., tears and crying, because the gates of tears are never closed. Such tefillos will reach Hashem and help bring about the Final Redemption. 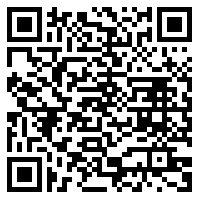