On a 105-degree summer day five years ago, I took my family to Grove, Oklahoma, a small town about 60 miles northwest of our town to enjoy an air-conditioned boat ride. It was the only activity we could consider doing “outdoors” on such a hot day. Towards the end of the two-hour ride, a couple walked in from the upper deck and my Chabad-rabbi’s trained eye immediately sensed a Jewish face. Jeff, who was visiting from Los Angeles, indeed turned out to be Jewish. When I discovered that he had never put on Tefillin, I urged him to do so, saying that I just happened to have a pair with me. To my disappointment, Jeff had no interest in donning Tefillin for the first time on a lake in Oklahoma. My various explanations of the importance of the mitzvah or the fact that “no Jew has ever done this mitzvah on this lake” were to no avail. After a while, when it was clear to both of us that I had failed in my efforts, we moved on to casual conversation and he was amazed to discover that my first name was Menachem; he had a childhood friend with the same name.

“What an amazing coincidence,” he exclaimed. “Not a coincidence,” I replied, “but a sign from heaven that you should put on Tefillin.” “Okay,” he said, and right there and then, on a boat in the middle of no-man’s land, Oklahoma, my family, and his, celebrated Jeff’s impromptu bar mitzvah.


I don’t know why I said what I said or why I thought that would convince him, but it worked. While reflecting on this story in the months that followed, I realized that I had learned a most valuable lesson for life: Emor – say it.

All of us have been in situations where we hoped someone would do something positive: a Yid who needed encouragement to do a mitzvah; a friend who could have used the push to undertake a new hiddur mitzvah or a colleague who was on the verge of getting involved in an act of chesed. All that was needed was someone to say the right something: to bring up the idea, to explain the significance or just to give the final push. It might have been on the tip of our tongues, but we did not say it. The reasons were possibly legitimate – fear of being perceived as too pushy, out-of-touch or simply plain old embarrassment – but as a result, the mitzvah or positive act wasn’t done.

Our parsha is called just Emor, not Emor el HaKohanim. That’s because one lesson of this week’s parsha is that when it comes to matters of Torah, emor – say it! Anything you can do to encourage someone to be a better Jew – say it.

A proper emor would also mean that we do not say something, even as a joke or a tease, that may cause someone to be weakened in the doing of a mitzvah or minhag. As the Torah cautions in the same pasuk: “Lenefesh lo yitama” – when a word carries even a remote possibility of causing harm; don’t say it!

This week we celebrate Lag B’omer, the yahrzeit of Rabi Shimon Bar Yochai. The Gemara relates that when Rabi Shimon emerged from the cave in which he had hidden for thirteen years, he immediately inquired as to what he could do for the well being of the local people. Let us take his example and not wait for an opportunity to say something that will help someone else – materially or spiritually – but actually seek out such opportunities. 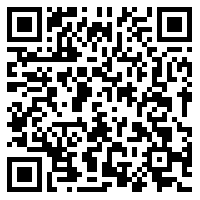