Why is there no Chol HaMoed Shavuos?

This is the kind of question people seem to come up with when Shavuos is a three-day Yom Tov.

Not every Yom Tov is meant to have a Chol HaMoed. There’s no Chol HaMoed Rosh Hashanah, for example.

Well, actually there is. It’s called Aseres Yemei Teshuva. You don’t go to the zoo, but you do go to the duck pond, a makeshift chicken farm, and the cemetery (not for the chickens). Also, davening is longer, there are extra speeches, and by the time that last day comes, no one eats a thing.

The truth is that Chol HaMoed doesn’t feel like Chol HaMoed unless you’re sitting at the zoo and eating yogurt, cheese, sliced vegetables and hard-boiled eggs. Sukkos and Pesach start their menu restrictions in different places, but they both get there. So if you forget that it’s Chol HaMoed, you look into your lunch bag and go, “Hard-boiled eggs? It must be Pesach.” Whereas Shavuos doesn’t really have food restrictions, unless we make milchigs mandatory.

And anyway, people say that Shavuos is actually the Shmini Atzeres of Pesach. So technically, that means the entire sefirah is like Chol HaMoed. You can’t shave, you can’t get a haircut and it rains a lot. The only difference is that it’s far less trip-intensive, unless you count Lag Ba’omer.

Chol HaMoed is supposed to be a sanity saver for long yomim tovim, because for example, the Torah clearly says that Sukkos is eight days of living, with your whole extended family, in a one-room house that leaks when it rains. So the Torah, in its infinite wisdom, gives a few days in the middle where you can just get out. And anyway, if the point of a Chol HaMoed trip is to get out of the house and come back exhausted, it turns out that Shavuos does have a Chol HaMoed – it’s called Shavuos night. Except that instead of yogurt and eggs, you eat coffee and cake, and instead of taking hikes in the woods, you take long walks around the neighborhood in the dark.

Or maybe it’s more like a slumber party for guys, in that we don’t sleep – we just talk all night, eat nosh and play games such as the one where we see how long a single yawn can travel around the room until it comes back to the first person. Then there’s that one guy who falls asleep in the ezras noshim. And we stick his hands in warm water.

Okay, we don’t do that. We actually make him wake up and say Al Netillas Yadayim and brachos for everyone, but the end result is the same: Everyone knows he’s the guy who fell asleep.

What’s the best day of the week to go shopping for Shabbos?

Out of the House

Technically, there is no best day. We all know the famous story of Shammai, who used to find a piece of meat in the store on Sunday and say, “This is for Shabbos.” Then on Monday he’d find a better piece of meat and say, “This is for Shabbos.” And then Tuesday he’d find an even better piece of meat, and so on, until it was Friday, and his wife was saying, “You went to the supermarket six times this week, and you still didn’t get cholent beans!” So she started sending him with a list.

And we should try to live the same way. But at some point we have to buckle down and stop buying meat and start getting all the other things we need for Shabbos, such as popcorn. So we have to do an official Shabbos shopping trip.

Most people, it turns out, go either:

For the most part, though, people tend to base their decision on how long the lines in the store are going to be. For example, if the last time you went on a Wednesday there were long lines, you’re going to start going on Thursdays. But in the meantime, if a significant number of the people who shop on Wednesdays started shopping Thursdays, the lines would be too long on Thursdays, and you’d have to switch to Wednesdays. The only thing that keeps the lines from being ridiculously long is that everyone has different theories of when is the best time to go. So the last thing I want to do is give everyone advice here.

I used to go on Wednesdays, which I figured was as far back as I could go and still have a pretty good idea of what we were doing for Shabbos. But now that my family is bigger, I can’t go on Wednesday because my fridge is still full of weekday foods that my wife bought on Monday. And she can’t buy them earlier than Monday because we have leftovers in the fridge from the previous Shabbos.

So generally, I go Thursday, and then I come back Friday for whatever I forgot. I don’t just push off the entire trip to Friday because I know I’m going to forget things no matter when I go, and then when am I going to come back? Sunday?

Okay, so you’ll say, “I won’t forget things.” You will forget things. For example, last week, before I went shopping, I asked my wife what we needed, and the only thing she told me was “challah bags.” Challah bags are these awesome huge zip-lock bags in which you can stick a nice-sized challah without folding it. They’re great bags. We even use them for Pesach. (Not for challah, of course. For storing several days’ worth of soup.)

So I went to the store and came home with a hundred dollars’ worth of groceries (this was a light week, as I already had plenty of meat at home, for some reason) and the one thing I forgot to buy was challah bags. We didn’t even notice until Friday afternoon, after my wife made challah. So I went back to the store for the one item, on Friday afternoon, and the lines were longer than I’d ever seen them. I don’t know how they get through these lines in time for Shabbos. I think at some point they just close the store and whoever hasn’t bought groceries just leaves the cart where it is and walks home.

“Wait. You forgot everything?”

And you know how when you go to the store and you have one item, people let you on line in front of them? Well, if it’s Friday afternoon and someone has a full cart and you have a small box of plastic bags, you have to wait in line like everyone else. No one lets you get ahead. Their logic is, “Well, you’re clearly already ahead of me in preparing for Shabbos. I still have to get home and open up all these packages of ready-made food that I bought.” Me, if I was a chashuver rabbi, like Shammai: “Can I get ahead of you? I just have meat.”

Have a question for “You’re Asking Me?” Set it aside for Shabbos. 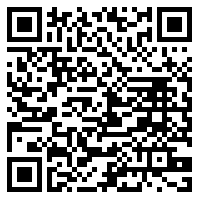