In this unique Parsha – the longest single Sedra in all the Torah – we meet 3 very unique personalities.

The first is the Sotah, a woman suspected by her husband of illicit behavior with another man. She undergoes a rather unusual, elaborate ritual – one which the Rambam says involves the only outright miracle in Halacha – in order to prove – or disprove – her infidelity.


The second character we encounter is the Nazir.

He takes upon himself several extreme restrictions, vowing he will abstain, for at least 30 days, from cutting his hair, drinking or eating any grape products, or coming into contact with any corpse, including that of a member of his immediate family. At the end of his vow, he brings two korbanot, a Sh’lamim and a Chatat (peace and sin offering).

Finally, we meet the Kohen, who is commanded to bless the nation with the famous Birkat Kohanim, (sometimes known as the Y’varech’cha, the first word of the blessing which comes from Hashem through him).

The obvious question is why does the Kohen’s bracha appears here in Naso? Would it not have been more fitting to place it somewhere in Sefer Vayikra, which is wholly devoted to the Kohanim and their service in the Mishkan?

Clearly, the Torah is making a point, and that is about the beauty and benefit of Balance.

The Sotah represents a person who overstepped his or her boundaries, who ventured too far out of accepted social or moral norms, a person who crossed that invisible line which separates decent from indecent behavior.

The Nazir, conversely, withdraws to a fault, denying himself certain things which remove him from society. With conspicuously long hair (this was pre-Beatles, remember!) and the inability to participate in a l’chaim – or even join with his family for a funeral – the Nazir crossed the other side of the line, and so (according to many) must bring a sin offering when he finally ends his period of abstinence.

Enter the Kohen, our spiritual guide, to bring balance. The Kohen certainly leads a dignified, spiritual, upstanding life. But he is as much a part of society as he is apart from it! He enjoys meat, and wine; he marries and has children; he accompanies his family in happy and sad moments. And he reaches out – literally – to join with the larger community. That is the source of the blessing he brings to others, and to himself in turn – just as Hashem intends for it to be. 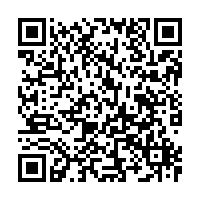