“A shortcut is often the quickest way to some place you weren’t going.”— Rabbi Dr. Abraham J. Twerski


Rabbi Shimon Russel, a therapist in Lakewood, New Jersey, related the following anecdote: There was once a young boy who would walk through the busy city streets each morning on his way to school. As he walked, he would marvel at the men and women, whom he deemed the “successful people,” rushing through the streets on their way to work. Their formal dress, shiny shoes, leather briefcases and fresh newspapers impressed him.

As soon as the boy graduated, he decided that he too wanted to be a “successful person.” He borrowed his father’s old suit, grabbed an old briefcase, and walked briskly, pretending to be rushing like everyone else. He followed the “successful people” down to the subway and got on line to purchase a ticket for the train. When it was his turn, the ticket-master asked him where he was going. The boy shrugged, “I want to go where all the successful people are going.” The ticket-master impatiently snapped, “Sir, everyone is going to a different place; tell me where you want to go!” The boy repeated that he had no specific destination in mind. “I don’t care where I end up. I just want to get on the train.” The ticket master tried in vain to explain to the boy that he could not give him a ticket unless he knew where he wanted to go. After a few minutes, the “successful” person behind the young boy impatiently shoved him out of the way and proceeded to the window. Many trains came and went that morning and from the platform the dejected young boy watched all of them whiz by without him.

Rabbi Russel concluded: “If you have no idea where you’re going, how are you going to get there? How can you head toward a destination in life if you haven’t decided where it is that you’re heading?”

Dr. Stephen Covey, in his acclaimed bestseller, The Seven Habits of Highly Effective People, notes the importance of beginning with the end in mind:

“To begin with the end in mind means to start with a clear understanding of your destination. It means to know where you’re going so that you better understand where you are now and so that the steps you take are always in the right direction… It is possible to be busy – very busy – without being very effective… the carpenter’s rule is, ‘measure twice, cut once.’”

“Moshe and the Kohanim and the Levi’im spoke to all of Yisroel saying, “Haskays ush’ma Yisroel – Be attentive and hear, Yisroel. This day you have become a people to Hashem, your G-d’” (Devarim 27:9).

Rashi (29:3) explains that when Moshe gave his newly written Torah scroll to the tribe of Levi for safekeeping, the rest of the nation immediately protested. They feared that some day the Levi’im might say that the Torah is theirs exclusively, pointing to the fact that the Torah scrolls are solely in their possession. Moshe rejoiced when he heard the nation’s complaint because it demonstrated their love and reverence for Torah. When Moshe saw that they had such a deep love and desire for Torah he stated that on that day they had matured into a people.

What did Moshe mean when he told the nation to “be attentive and listen”?

S’forno explains that the word, “haskays,” connotes a deeper meaning than simple attentiveness. It entails mental imagining, to picture in one’s mind what is being expressed.

Shem MiShmuel (Ki Savo 5672) explains that S’forno is highlighting a fundamental idea in regard to spiritual growth. A person cannot begin his quest for accomplishment before he has a clear picture in his mind of what he wants to accomplish. He explains that this is why “chassidim harishonim,” the pious men of yore, would wait an hour before beginning to pray (Berachos 30b ). They utilized that time to contemplate what they wanted to accomplish via their prayers and what they wanted to pray for.

Shem MiShmuel concludes that this idea also explains why the month of Elul precedes the awesome Days of Judgment. The purpose of the thirty days of Elul is to grant a person ample time to contemplate what he wants to accomplish through the medium of Tishrei, i.e., what he wants to achieve through the mitzvos of shofar, penitence, prayer, Tashlich, sukkah, arba minim, etc. All of these mitzvos are mediums for greater personal growth and are not merely ends unto themselves.

Rav Shimshon Pinkus zt”l (Sichos, Yomim Noraim ) quotes a Torah leader who quipped that the purpose of all of our spiritual efforts throughout the month of Tishrei, with all of the unique mitzvos endemic to each holiday, is so that when we utter the verse “Atah harysah lada’as – You have been shown in order to know that Hashem, He is the G-d! There is none beside Him!” (Devarim 4:35) on the eve of Simchas Torah, we should be able to truly feel the veracity of those words.

One needs to have that goal in mind at the outset. Only a person who knows his ultimate destination, and appreciates where it is that he wants to end up prior to embarking on his journey, can eventually hope to get there. “Haskays,” be attentive, and then, “Shema Yisroel.” Contemplate and reflect upon the true joy of Simchas Torah, especially in achieving a level of true faith in G-d, and then embark on the road of Elul and Tishrei that will lead you there.

Each mitzvah and each holiday is a guide and a map. A tourist can study a map and know the directions perfectly, but if he remains in his hotel room, he will return home after his vacation is over, having cheated himself out of the most important part of his trip. 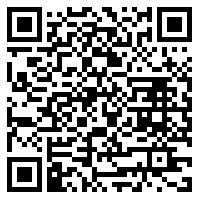