Rabi Pinchas and Rabi Chilkayahu said in the name of Rabi Shimon: “At this time of the year all the malachim gather before Hashem and ask Him, ‘Ribbono Shel Olam, when is Rosh Hashanah?’ Hashem replies, ‘Let us ask the earthly court and we will abide by their decision.’”

If the earthly court has decided Rosh Hashanah should be postponed to the following day because of a leap year, then Hashem orders the heavenly court to postpone its sessions to the following day. Why? Because a “decree issued by Israel is considered as law by the God of Yaakov.”

Chazal relate the following incident (Gemara Yoma): Once on Yom Kippur, the Kohen Gadol remained a long time in the Kodesh HaKedoshim praying fervently for the welfare of Bnei Yisrael.

The people became frightened thinking that something might have happened to him. His fellow priests asked him when he came out. “Why were you so long in the Kodesh HaKedoshim?”

“You should be glad,” he answered, “that I remained so long. I was davening that Bnei Yisrael should have a good year and the Beit HaMikdash should not be destroyed. Don’t you appreciate my efforts on your behalf?”

“While we appreciate your efforts on our behalf,” they replied, “we ask that you abide by the edict of Chazal who said that the Kohen Gadol should not take too long in the Kodesh HaKedoshim, because Bnei Yisrael might begin to worry that something might have happened to him. You must have consideration for their feelings.”

The Blowing Of The Shofar

Rabi Yitzchak said, “Why do we blow the shofar on Rosh Hashanah, once while standing and then again while seated? To confuse the Satan.”

Rabi Abuhu said, “Why do we blow shofar with the horn of a ram? Hashem announces: ‘Blow before me on the horn of a ram so that I may remember the sacrifice of Yitzchak, the son of Avraham, and I will consider it as if you performed their deed and it was you who were sacrificed.’”

What Every Gentile NEEDS To Know About Yom Kippur 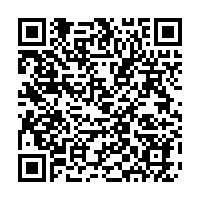