In his classic work, Tending The Vineyard, my Rebbe, Rabbi Berel Wein, relates the following vignette:

“At the time that my wife and I made aliyah, the Ministry of Interior required certification through the chief rabbinate that any new immigrants were Jews in order to qualify for citizenship and immigrant benefits. After an hour-long wait at the ministry to be interviewed, my wife and I sat before a hard-faced clerk. I did not have a letter from a rabbi certifying to my Jewishness, but I felt confident that since I was on the chief rabbinate’s list of approved rabbis whose letter would be accepted to verify the Jewishness of others, I would suffer no problem.


“Well, I was wrong. The clerk acknowledged that my name did appear on that august list of recognized rabbis but she sweetly said: ‘Simply because you are acceptable to say about others that they are Jewish does not necessarily mean that you are yourself Jewish.’

“This baffling piece of legal logic astounded me. I told my wife to continue sitting at this clerk’s booth and I hurried out and hailed a cab that delivered me to the house of a rabbinical friend of mine whose name was likewise on the approved list of rabbis. He wrote out a letter for me and I took the same cab back to the Interior Ministry. My poor wife was still sitting at the clerk’s booth as I breathlessly charged into the office and presented the letter to the clerk.

“The clerk smiled at us and said: ‘Now you’re Jewish!’ And so we were. Never underestimate the power of a letter written by a rabbi who is on the approved list of the Israeli chief rabbinate.”

Chumash Vayikra, also known as Toras Kohanim, is chiefly dedicated to the unique laws pertaining to the Kohanim and their daily Service in the Mishkan. It commences with a detailed account of the many laws endemic to the various offerings brought in the Mishkan.

Aside from animal offerings, there were also Mincha/flour offerings that could be offered. Although there were different types of Mincha offerings, flour and water were universal ingredients of every Mincha. Yet, the Torah warns that when the flour and water were mixed they could never be allowed to leaven or ferment. “Any meal-offering that you offer to G-d shall not be prepared leavened, for you shall not cause to go up in smoke from any leavening or any honey as a fire-offering to G-d” (Vayikra 2:11).

As we are all aware, there is another prohibition of chometz, during the days of Pesach. Throughout the rest of the year there is absolutely no prohibition to eat chometz, in fact bread plays a central role in many food-oriented mitzvos. But on Pesach the mere ownership of chometz becomes a serious transgression.

The austere prohibition against owning chometz on Pesach and offering chometz on the altar seems to be interconnected. What is the deeper idea behind that connection?

In order for bread to rise, leavening must take place, catalyzed by yeast or another leavening agent. As oxidation occurs, air pockets develop. Nothing is added to the dough, but it gets bigger, propelled upward by warm air. It is nothing more than the process of nature which causes dough to rise.

Our egos are compared to the yeast in dough. Our ego comprises our sense of self, which is vital to a healthy identity. It is our ego which propels us to accomplish and to grow. But at the same time our egos are always in danger of becoming inflated with “hot air.” This occurs when our sense of identity becomes befuddled, and we no longer appreciate our uniqueness. A false ego can persuade us that trivialities are hugely significant and we can easily be distracted from what truly matters. Just as a healthy ego helps us love, be compassionate, and sensitive to others, it also can cause us to become self-absorbed, envious, and hateful.

Matzah, which consists of nothing more than flour and water that has not been allowed to leaven, symbolizes self-negation before G-d. It is flat and contains nothing but the barest essentials, demonstrating that we are nothing without G-d.

Chometz, on the other hand, symbolizes our sense of identity and independent contribution. Ultimately G-d wanted us to exercise our free will to contribute to His world and bring His Presence into it. In that sense Chometz is not a negative force at all. In fact, it is the source of all accomplishment and positive action. However, when one becomes arrogant and forgets his place things can easily spiral out of control. He loses perspective of where his independence and achievements come from and he begins to take himself too seriously. 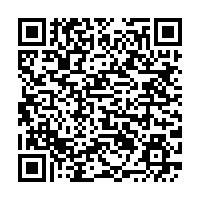