British historian G.M. Trevelyan described the revolutions that swept across Europe in 1848 as, “the turning point at which modern history failed to turn.” During the late winter that year, workers in Paris, together with members of the middle class, took to the barricades to protest the many faults of King Louis Philippe’s government. Although Louis had 40,000 soldiers under his command, he refused to order them to fire on the protesters, choosing to abdicate his throne and live out his days in England. Following this near-bloodless revolution, a radical socialist government under the leadership of Louis Blanc took over the reigns of power.

Almost immediately problems began to arise. Blanc’s government pursued policies that favored workers at the expense of both the urban middle class and the rural population of greater France. By May, a more conservative government came to power and began to reverse many of these policies. In response, thousands of workers took to the barricades again. But unlike in February, the army facing the June revolt fired on the workers. By the time things came to an end, some 1,500 workers had been killed. These events led the way for Louis Napoleon (nephew of the former emperor) to be elected president. Within three years he declared himself emperor and the push for greater freedoms and rights in France had failed.


The experience around the rest of Europe was similar. Initially, conservative monarchs in other countries offered concessions to their citizens. They feared for their power and lives and were willing to negotiate. But within a short period of time, especially in light of how things unfolded in France, governments realized that the agitators had mixed goals, which greatly weakened their coalitions. Monarchs also realized that the masses of people living in rural areas still supported their governments, as did the army. This enabled them to take hard-line positions, effectively extinguishing the flames of revolution and change.

There was a real possibility of change. Had the revolutionaries been better organized they could have not only achieved their early successes, but sustained them and subsequently transformed them into a new political reality.

While turning points do not often announce themselves with a clarion call and are often only visible in hindsight, there are, nonetheless, moments in our lives when the potential for major change is evident.

In this week’s parsha we read of several such examples. When Hashem confronts Adam after he ate from the forbidden tree, rather than accepting responsibility for his error, Adam deflects. He defends himself by saying that it was his wife, who G-d had given him, who caused him to sin. At least Adam didn’t deny eating the fruit.

Later in the parsha, after Kayin murders Hevel, Hashem, in a similar fashion, extends an opportunity to Kayin to confess his crime. In this case, Kayin not only doesn’t accept responsibility, he initially denies any knowledge of Hevel’s murder by claiming he is not his brother’s keeper. However, by the end of his dialogue with G-d, Kayin seems to understand the enormity of his sin. Near the end of the parsha the Torah relates (6:5) that Hashem saw that the thoughts and actions of humankind were pure evil. At this point there is no dialogue with humankind. Hashem realizes there is nobody to talk to.

How did humankind fall so quickly? They had no historical examples of people accepting responsibility. Each time they sinned, they never bothered to reflect and consider whether their actions had been good or not. Once a person is trapped in such a state of mind, the road to total wickedness is short. We can only imagine how different history would have been had Adam simply said, “I was wrong.” Had Kayin owned up immediately upon being challenged by G-d, later generations might have thought twice before they sinned, or, at the very least, regretted their actions after the fact. Tragically, these moments can be categorized as turning points that failed to turn.

As individuals, we must all be sensitive to such moments. They may not look significant in real time, but we must look into the future and assess their potential. Leaders have an even greater responsibility to assess potential turning points.

May the New Year be one of many wonderful turning points for all of us and may Hashem send us the Moshiach to usher in the ultimate turning point for humankind. 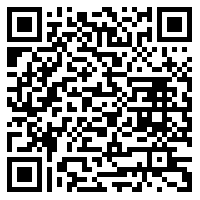