I have a collection of words we translate confidently despite their not seeming to mean what we assume they do (which should be inconceivable to us, but that’s another story). A good example is bishul, prohibited with meat and mailk and on Shabbat. We commonly translate it as cooking, except that the laws of either basar be-halav, meat and milk, and/or Shabbat show it’s not quite the same as cooking in English.

For our parsha, I offer the root of the verb and noun of emunah, commonly translated as faith. It comes up when Gd justifies the punishment Moshe and Aharon will bear for their failure at the rock in Mei Merivah. In Bamidbar 20;12, Gd says ya’an lo he-emantem bi, le-hakdisheni le-einei Benei Yisrael, you will not go into Israel. The second half of the Hebrew is clearer, they did not sanctify Gd in front of the Jews. Focus on that, and we get the idea Moshe and Aharon were supposed to make Gd’s power and abilities, as it were, clear to the Jews. Water gushing out of a rock one hits is less impressive than water gushing out because one spoke to it.


Many commentators take lo he-emantem bi similarly, they did not create emunah, in the sense of faith or awareness, in the people. Shabbat 97a, however, reads the verse as focused on Moshe and Aharon’s own failures of emunah. Back at the burning bush, Moshe struggled to avoid being given the job of leading the Jews at all. Along the way, he claimed the Jews lo ya’aminu li, same verb. The Gemara says Gd reprimanded him for an unwarranted ill view of the Jews (who, in fact, in that first instance, are described, Shemot 4;31, as va-ya’amen ha-am, the people believed).

With its careful attention to language, the Gemara notices the Torah (Bereshit 15;6) said Avraham he-emin, believed or trusted Gd’s promise of descendants. The Jewish people are ma’aminim benei ma’aminim, the Gemara notes, yet Moshe is sure they will not believe him, when in fact he himself will not have the needed emunah.

In the first two cases, the emunah isn’t the kind of faith we usually associate with the English word. Avraham already has no doubt Gd exists—the emunah was his ability to accept Gd’s promise about future progeny (as Rashi notes, to accept that, Avraham had to learn Gd could contravene what astrology had determined, sort of like foregoing a scientific result today).

The Jewish people had emunah that Moshe and Aharon had been sent by Gd to redeem them. There is an element of belief in them, but it seems more a matter of belief in their claims about how the future would go. And, again, it’s of a claim slaves would have been within their rights to reject as unrealistic.

I am suggesting this passage of Gemara is treating emunah as being open to an impossible vision of the future. With Moshe at the rock, I wonder whether the Gemara implies Moshe had trouble believing words alone could do the trick.

Rashi links this sin to Moshe’s earlier having doubted Gd’s ability to provide meat for the entire nation. We can minimize his doubt—he thought Gd planned to work within some version of Nature, for example—but the Gemara still seems to count it as an instance of Moshe running up against the limits of how he could imagine Gd working.

True, Moshe and Aharon also did not display Gd’s power to the Jews as they were supposed to (the reference to le-hakdisheini), but the first step the Torah names, as the Gemara has it, is their own falling short in emunah.

An emunah that means the ability to recast one’s view of the world, to accept Gd can make true that which we know cannot be true. For Avraham, the ability to have children; for the Jews, the possibility of being taken out of Egypt; and for Moshe and Aharon, a rock to give forth water, just by the word of Gd.

We are all challenged—and Moshe reminds the Jews of times they did not have the needed emunah, in the course of their travels in the desert—to recognize the limits of our knowledge and understanding, to say and accept Gd can and does produce inconceivable futures. Meeting the challenge can bring an even better future than we ever would have imagined. 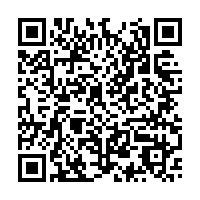