Most people remember where they were when they heard the news that Osama Bin Laden had been killed and justice delivered. Many books have already been written about the ten-year search for him, the decision to launch the mission and the actual attack on his compound in Abbottabad. While every aspect of this story is fascinating, I would like to focus on one specific area: Why were the Navy SEALs chosen to execute the mission? When the mission was being planned it was hardly a done deal that the SEALs would be selected as opposed to the CIA’s own paramilitary unit.[1]

At a meeting at the CIA in early 2011 Admiral William McRaven, the commander of JSOC (Joint Special Operations Command), suggested that one of the military’s special operations forces be used. His suggestion was SEAL Team Six[2], based on their availability. His reasoning for using one of his teams as opposed to a CIA team was as follows: The compound was located 150 miles inside Pakistan. The least of the problems would be the actual storming of the compound. The key challenge was that the attacking force would have to fulfill its mission and extract itself without starting a shooting war with the Pakistani army. This made the mission overly complex and, the more complex a mission, the more things there are that could go wrong. The SEALs, McRaven argued, had perfected these tactics through trial and error, and at the cost of many lives. They knew what they were doing. They had the experience.


McRaven told CIA officials that history has taught that on missions like this, something always goes wrong – no matter how much planning there is. What they needed were men who could think under pressure and adapt to whatever situation materialized. McRaven was persuasive and SEAL team Six got the job.

The commander handpicked the SEALs who would go on the mission. “It was a Dream Team: men who, in the thousands of raids he had overseen, had shown they did not rattle, had shown they could handle themselves coolly and intelligently not just when things went according to plan, but when things went wrong. Those situations required quickly assessing the significance of the error or malfunction or whatever unexpected event had occurred, and then making the necessary adjustments to complete the mission. The core talent required was the ability to adapt, to think for yourself and make smart decisions” (The Finish: The Killing of Osama Bin Laden by Mark Bowden, 2012, p. 192-93).

The ability to adapt is necessary for all successful leaders. Either things don’t go as planned or unexpected opportunities present themselves. While the leader’s vision and overall goal should remain constant, his plans and tactics must be flexible. This requires conditioning and preparation. In this week’s parsha we meet the ultimate adaptable leader—Yosef. Every step of Yosef’s kidnapping and sale to the Midyanim and then to the Yishmaelim was guided by Hashem, and inspired Yosef to adapt in every situation in a manner that would place him on the trajectory to become viceroy in Egypt. The Ketav Sofer points out that Yosef, despite being a charismatic and success-generating individual, managed to act plain and unassuming while in the company of the Yishmaelim. Had he been his normal self, they never would have sold him in Egypt; they would have opted to keep him for themselves. Had that happened Yosef would have remained a permanent prisoner of a nomadic tribe with no hope of becoming a player in world affairs. Yosef thus adapted to the situation by subduing his natural personality.

Upon being sold to Potifar the Kli Yakar (39:3,5) explains that Yosef demonstrated his organizational and managerial skills and earned three promotions within the household operation. Seeing his success Potifar assigned Yosef to his personal staff with the independence necessary to do his job. He then placed him in charge of the entire household staff. Finally, he appointed him as manager of all his operations, including all of his outside concerns.

After Yosef was falsely accused of misconduct, he was sentenced to the royal prison. Yet even there, amid the terrible conditions of a prison, Yosef adapted and managed to impress his superiors, inspire confidence and attain the position of prison manager. The Or Chaim Hakadosh (39:22) suggests, based on the wording of the pasuk, that Yosef, despite being the senior prisoner, did not take advantage of his position and co-opt for himself special privileges. Instead, he worked with the other prisoners sharing in their discomfort. By setting such a high personal example Yosef endeared himself in the eyes of all others. 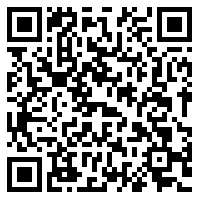