As a long time resident of Far Rockaway, I count my blessings that Baruch Hashem we’ve been spared flooding and water damage — though our power was down for a whole two weeks and was no minor inconvenience.


Rachel, it is so sad to see how many families have to pick up their lives again and rebuild. People lost washing machines, dryers, Pesach kitchens, furniture, and many memories that had been put away in storage. It breaks the heart to see piles of people’s belongings along the curb, waiting to be hauled away by the garbage trucks.

Cars were seen floating away; people’s back yard gyms were flung down the block; boats from Atlantic Beach landed in people’s yards and fallen trees are everywhere. The whole thing is totally mind-boggling!

And just when we thought things couldn’t get worse, a snowstorm felled more trees. People who already had their electricity restored went down again. What does Hakodosh Baruch Hu want from us? I think we all have to make a din v’cheshbon and look inside ourselves. What can we do better? How can we fix what needs to be fixed? What should we take upon ourselves to expand our growth in a spiritual sense?

Everything happens for a reason. We have to make sure that we draw some lesson from all of this destruction, devastation, and heartache — and increase our emunah and bitachon in Hakodosh Baruch Hu.

In response to your column’s recent letter from Mi k’Amcha Yisroel, I just want to say that it is just one example of the wonderful middos the effects of Sandy brought out in so many. And though there was much destruction and heartache, there were miracles at every turn and we have much to be grateful for.

I know of at least one man, a grandfather who lives in one of the “beach” boroughs that had a mandatory evacuation in place, who refused to leave. His wife heeded the warning, but he stubbornly insisted that he’d be fine staying put for the duration of the storm.

When the lights went out, he didn’t consider it a big deal. But when he looked out his window and saw the water covering the sidewalk and moving toward the front steps of his home, he sobered up. He called his son to come and get him, but at that point their street had already become inaccessible to cars, and so Dad was advised to don his boots and walk to the intersection to where his son would be waiting for him.

The homeowner decided to go down to his basement first, to pick some stuff up off the floor in case of flooding. As he was fumbling about with flashlight in hand, the wind suddenly blew the windows in and a flood of water gushed in to fill the basement knee high and was quickly rising.

The poor man could hardly catch his breath or see around him. He frantically searched for the stairs and luckily found them in time to scramble out of there. By the time he got out, the basement was completely submerged.

The prearranged spot where he was to meet his son was already deserted by then, but a patrol car picked him up and he was soon reunited with his family. Despite sustaining substantial material loss and damage, this man must realize how lucky he was to have escaped a worse fate.

One miracle of many

The stories of miracles and chessed abound and will no doubt fill a volume or more down the line. But as we ask ourselves how such a thing can happen and what is Hashem’s message to us, we should be reassured that the tremendous positive response set in motion by this horrific occurrence is exactly what is expected of us, and perhaps we were in need of that extra fix to prove ourselves worthy of G-d’s compassion in this topsy-turvy world.

No human being can pinpoint a cause for the disaster, as much as some cast the blame on climate change and global warming, and others draw a parallel to Sodom. With regard to the former, none but Hashem is in charge, and “climate change” can only affect us to the extent that G-d will allow it to. As for the correlation to Sodom… to the best of my knowledge, Sodom was so saturated with evil that Avrohom Avinu was hard-pressed to find any righteous individuals who might have saved the day. 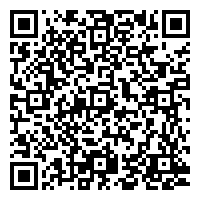