When Paraoh sought an interpretation to his dreams, he summoned Yosef from prison. Despite the great urgency of the matter, Yosef first took a haircut and changed his clothing. Rashi explains that he did so because of kavod hamalchus, the importance of showing respect to the king. Even though the king was corrupt and had incarcerated him, Yosef knew how important it was to show him respect. Ultimately, no matter how many complaints we may have about our government, the freedom that we have today is unprecedented and deserves a show of gratitude. It is easy to criticize and look at all that is wrong, but most of us are too young to appreciate how horrible the alternative can be.

When one sees a king one makes the bracha, Baruch Attah… Melech ha’olom shenasan mik’vodo l’vosor vodom, Blessed are You, G-d, our Lord, King of the Universe, Who gave of His glory to flesh and blood. Leaders might be corrupt and immoral, but it is through the will of our Creator that these individuals were given the power to run our daily lives.

“Lev melachim vesarim be’yad Hashem, the hearts of kings and royalty is in the hands of Hashem.” We daven for the wellbeing of Eretz Yisroel and Jews worldwide. We are concerned when we see injustice in our country, and we receive constant reminders that anti-Semitic sentiment is alive and well. Iran’s nuclear ambition is in our thoughts constantly, and we feel that so much of this is out of our control. We see the lack of kedusha in our society and on our computer screens, and the decay of ethics and morality on our streets. Yet, there are more children studying Torah today, in freedom, than in any other time in history. The battle for the White House has been decided by our Creator, like all other elections. Yes, we most vote and do our hishtadlus (effort), but I would like to suggest that we redirect our time, money, and emotional and physical energy towards Torah and mitzvos and avoid the gossip and frenzy of presidential politics.

Vote and support the candidate that you feel is best. Just remember when you pull the lever in the voting booth that it is Hashem Who is truly really pulling the levers. 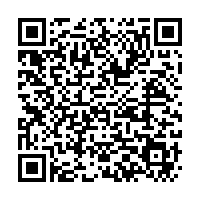