On Friday, Oct. 26, The Sun-Sentinel, South Florida’s paper of record, formally endorsed Mitt Romney for President of the United States.

Because it really is the economy, stupid.

While the Sun Sentinel took a chance with Barack Obama in 2008, it is switching sides and endorsing Romney this time. After acknowledging the tough economic environment Obama inherited, the Sun Sentinel‘s editorial board doesn’t find a healthy plan for moving forward, and says that instead, “the president falls back on the tired talking point of increasing taxes for the wealthy.”  While agreeing that everyone wants the tax code to be fair, the problem is in seeing “how raising taxes is going to kickstart jobs in the private sector.”

Most fundamentally, this south Florida paper believes that President Obama squandered the best opportunity anyone could have been presented with to clean up the mess.  In its paper today:

The president had enormous opportunity when he took office, with Democrats controlling both houses of Congress. But he failed to focus on Job One: Jobs.

Instead, he tackled the nation’s health care system, something most people agree needs fixing. No one wants to see people with pre-existing conditions denied health coverage. Insurance costs are taking too big a bite out of family incomes. And employers want their work family to have access to health care beyond the emergency room.

But the way this president went about solving the problem — throwing the ball to Congress with little direction, refusing reasonable compromises, settling on a solution that satisfied few — left this nation bitterly divided and shook our confidence in his ability to solve tough problems.

In these uncertain times, we need a leader who will chart a clear course, sweat the details and get the job done right.

We believe Romney’s past performance is a predictor of his future behavior. He’s proven himself to be a successful businessman. He rescued the 2002 Winter Olympics from scandal and mismanagement. He worked with a Democrat-dominated legislature as governor of Massachusetts to close a $3 billion budget deficit — without borrowing and raising taxes.

So despite the some disagreements with some of Romney’s positions on social issues, “with our nation facing another fiscal cliff in January — when Congress again addresses the debt ceiling, tax hikes and spending cuts — social issues are not Job One.”

The Orlando Sentinal endorsed Governor Romney for president last week, and it too had endorsed Obama in 2008.  The Tampa Tribune also endorsed Romney.

However, the Tampa Bay Times, which is the largest Florida daily, has repeated its 2008 endorsement of Barack Obama for president.

In dropping Obama for Romney, the Sun-Sentinel becomes the second largest Florida daily to give up on the president in 2012. Last week, the Orlando Sentinel also endorsed Romney, although it endorsed Bill Nelson, a Democrat, to remain as U.S. Senator.  Similarly, The Tampa Tribune threw its support behind Romney, but supported Democrat Bill Nelson for the U.S. Senate seat.

Last Sunday, The Tampa Bay Times, the largest Florida daily, again endorsed Obama in 2012, just as it did in 2008.  Its editorial states:

We wish the economic recovery was more vigorous, and we would like the president to present a sharper vision for a second term. But Obama has capably steered the nation through an incredibly difficult period at home and abroad, often with little help from Congress. The next four years will not be easy for whoever occupies the Oval Office, but Obama has been tested by harsh circumstance and proven himself worthy of a second term. 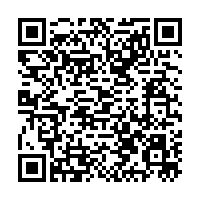