The midrash (Shir HaShirm Zuta 1:13) indicates that Esav was originally meant to be one of the four patriarchs. That’s right, four! Though it may at first surprise us, it makes perfect sense that if God planned for four matriarchs, He would also have planned for four patriarchs. Moreover, just as Avraham and Yitzchak had provided balance for each other, so too was Esav meant to provide the role that Avraham had played to Ya’kov’s role of Yitzchak. And that is presumably exactly what Yitzchak had in mind when he tried to bless his firstborn son.

Of course, something had already gone wrong by then. The Torah gives us some indications – and the rabbis fill in many of the details – that Esav had already chosen a different path. He did not want to abide by the discipline required from the destiny bequeathed him by his parents and grandparents. In Yitzchak’s eyes – eyes that may have been much less blind than we might think – however, this was all the more reason to bless him. He saw signs that Esav’s move was not the last word, and that the blessing could bring him back to the fold. According to such a scenario, Esav needed a dramatic vote of confidence from his father – and the divine assistance that would come with it – in order to make his own dramatic move and rededicate himself to his family’s mission.


Hence Esav’s bitter scream at finding out that his blessing was taken away is all the more poignant: While Rashi tells us that it was at this point that Yitzchak saw Gehinnom opening up under Esav, it is likely that Esav had the exact same vision. And not because that was how it was going to be from the beginning, but rather because his big chance to do teshuva was just then so cruelly taken away. Cruelly – that it is – from his perspective. Rivkah had good reasons not to want to take a chance with the power that the blessing would give Esav in the likely event that her husband’s strategy would be unsuccessful.

Note that the midrash does not blame Rivka or Ya’akov for taking away Esav’s blessing. Rather, it tells us that it was Esav himself who was ultimately responsible for missing out on his tremendous potential. Since Esav had free choice, he bore the responsibility for his actions, like anyone else. But this does not necessarily give those around him a blank check either.

Rav Hirsch famously criticizes Yitzchak and Rivkah for not educating Esav according to his innate personality, and instead trying to force him to be like Ya’akov. His insight is meant to teach that while it was Esav that made the choice to go ‘off the derekh,’ there is always much that parents can try to do before that happens.

Nor should we think that such a responsibility ends after the choice has been made or that it is limited to parents. For most things chosen can also be unchosen. In this week’s parsha, another midrash (Bereshit Rabbah 76:9) tells us that teshuva – and presumably taking his rightful place among the Avot – remained a live option even after Esav lost his blessing. This time, the key to his teshuva was neither parent, but rather Ya’akov and Ya’akov ‘s daughter, Deena. Apparently, her personality and the new start that automatically comes with a new marriage, may well have allowed Esav to turn the page and start anew.

But this was not to be. Like his mother before him, Ya’akov was understandably afraid of the risk involved in pursuing such a plan. And so when the brothers finally re-met, Ya’akov chose to hide Deena rather than giving Esav what would end up being his last chance. In spite of Ya’akov’s acknowledged greatness and his understandable motivations, the rabbis of the midrash refuse to give him a pass: Because Ya’akov prevented his brother from even meeting her – let alone marrying her – he was severely punished.

It is true that we see here that someone who chooses to leave the proper way is ultimately responsible for that choice, but we also see that this doesn’t mean everybody else is off the hook. If someone might still benefit from our reaching out, we cannot ignore it and just say good riddance. Whether before or after someone else makes poor choices – if we are in a position to do something to help and don’t, we are held accountable.

And don’t forget to listen to the related podcast, “The Patriarch that Became an Ax-murderer!”  https://anchor.fm/francis-nataf/episodes/The-Patriarch-who-Became-an-Ax-murderer-en4eai 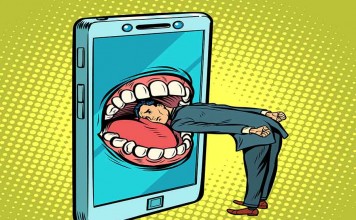 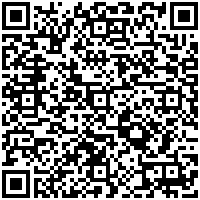