Lakewood, NJ Police are still investigating the case of the dead pig that was left on a rabbi’s doorstep early Shabbat morning. Police did not reveal the identity of the rabbi but revealed that his Treetop Lane in Lakewood, and that they believe the pig drop was carried out sometime between midnight and 7 AM Saturday, Nov. 28.


The Lakewood Scoop quoted Captain Greg Staffordsmith who said “the Lakewood Police Department is actively conducting a Bias Harassment investigation, with the assistance of the Ocean County Sheriff’s Department as well as several of our local counterparts.”

“Currently, we are actively pursuing several leads and hope to bring this to a conclusion very soon,” Staffordsmith said, and Chief Gregory H. Meyer reminded the public that “such acts will not be tolerated.”

The Anti-Defamation League denounced the people who left the dead pig on the rabbi’s porch, and on Shabbat to boot, saying: “The alleged incident that took place in Lakewood on Saturday is absolutely horrifying. No individual or group deserves to be targeted in this way. ADL has been deeply concerned by the rising tide of anti-Semitism in Ocean County, and this matter is no exception. We are thankful Lakewood PD is continuing their investigation.”

I checked a Pig Price Calculator offered by a company that sells whole pig carcasses, usually roasted, and the cost of a 200 lbs. pig, not roasted, shipping not included, is $590. So whoever did this prank either stole the pig or has lots of discretionary money.

Since none of the media accounts mentioned a CCTV anywhere on Treetop Lane near the rabbi’s home, it’s unlikely that the culprit would be found. It means the rabbi and his family are entitled to the pig, which they can sell and make a handsome profit. After all, $590 doesn’t grow on trees. So as soon as the carcass can be taken out of the evidence room (they have a cooler, one hopes), check out your local Italian butcher.

There is no prohibition on a Jew benefiting from selling the carcass of a pig, a horse, a donkey, even though they are not kosher. 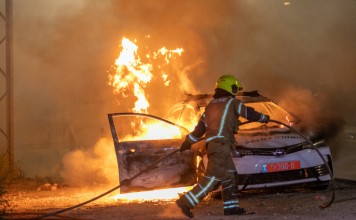 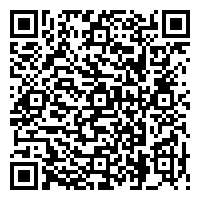