The notion of placing clothes on someone else occurs only in a few critical junctures in the Torah. The first time is when God clothes Adam and Chava. The only other time that God is manifestly involved in dressing someone is when He tells Moshe to place the (Divinely designed) clothes on Aharon and his sons. These clothes are described, in considerable detail, in this week’s parsha.

The connection between the story of God putting clothing on Adam and Chava and God’s commands about the priestly garments was not lost on the rabbis – several midrashim suggest that the clothes God gave to the first man and woman were, in fact, the priestly robes themselves (See Bamidbar Rabba 4:8 and Tanchuma Yashan, Toledot 12). Rabbenu Bachya bolsters this idea, bringing to our attention that the exact phrasing “vayalbishem” (“He dressed them”) appears only in these two stories.


These two accounts suggest to us that at certain critical times, the clothes people might choose for themselves are insufficient. It is only God who, understanding their new role best, can fit them with the garments that most appropriately reflect their circumstances.

In the very first placement of clothing, God knew exactly what His creations needed – for practical purposes, for protection, for modesty and, most importantly, as an expression of their identities. No doubt here too, with the priestly garments, God knew the ideal clothing for the Temple service.

We may wonder – what about the Temple service required God to intervene and show man what he needed to wear? And why don’t we find a similar intervention anywhere else in the Torah?

Within the Mishkan, and later in the Beit HaMikdash, the Kohanim needed to communicate with the Jewish people in a way that would optimally reflect the highest values of the Torah. Consequently, their clothes had to play a serious role in supporting such communication and in no way impeding it.

Had man designed the priest’s clothing, an admixture of imperfection would have been included. Such a mix has a place in the world; indeed, it is the stuff of our existence. But in this exceptional place, there was a need for special inspiration about what the world could become if the Jewish people fulfilled their mission of bringing a greater awareness of God into the world. The form and fashion of that inspiration had to be tailor-made by God Himself. 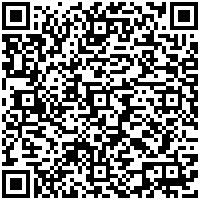