An opposition group in Iran was slated to reveal new information Tuesday morning about the presence of a top secret parallel nuclear program being carried out at a site called Lavizan-3.

But suddenly, after first announcing the upcoming news story and the presence of the blockbuster top secret parallel nuclear development program in Iran – the headlines vanished. The briefing by the National Council of Resistance of Iran (NCRI) simply did not exist.


Instead, reports vanished about the upcoming news of the secret Iranian nuclear development program being carried on right under the very noses of the American and European negotiators while trying to reach a “good faith” agreement with Tehran.

They were replaced with headlines about “leaked cables” that reportedly showed Israeli Prime Minister Binyamin Netanyahu and Israel’s international Mossad intelligence agency “disagreed” about the extent of the Iranian nuclear threat.

Talk about the proverbial red herring.

To his credit, CNN correspondent Nick Robertson in London debunked that myth, reporting that the Mossad clarified there “is no daylight” between the view of the Mossad and the prime minister. Robertson noted that a briefing sheet distributed to journalists about the issue included one point that seemed a bit vague – “item 9” which, he said, “someone has chosen to deliberately undermine the prime minister when he goes to the United States next week.”

While the top secret parallel nuclear development program is humming away, world powers led by the U.S. are hammering out an agreement to allow Iran to continue openly its clandestine activities, aimed at achieving an atomic weapon of mass destruction.

“The U.S. and Iran are shaping the contours of a deal that would initially freeze Tehran’s nuclear program but would allow it to slowly ramp up activities that could be used to make nuclear arms over the last years of the agreement’s duration,” Fox News reported on its website Monday and Tuesday.

The details of the six-power talks with Iran were still not fine-tuned, according to the report, which said restrictions on the uranium enrichment program would be lifted as part of the deal, along with sanctions, as a reward for “good behavior” by Iran.

News about the briefing by the Iranian opposition group, slated to take place at 10 am New York time, was non-existent however — and the original headline vanished as if it did not exist on both CNN and Fox News.

The original announcement remained on Yahoo! News but no follow-up was available, leading to questions of how the story had been squelched.

The nuclear development site itself has been kept completely secret from the United Nations’ International Atomic Energy Agency (IAEA) and work there reportedly is continuing during negotiations with the P5+1 world leaders, including the United States.

The National Council of Resistance of Iran has previously provided highly reliable intelligence on Iran’s nuclear sites, however — and the U.S. representative office of the NCRI was slated to hold its news conference to reveal further information on the existence of “an active and secret parallel nuclear program in Iran,” the group said.

In the past, NCRI exposed some of the most significant parts of the Iranian regime’s nuclear weapons program, including information about the Natanz uranium enrichment and Arak heavy water sites in August 2002; Kalay-e Electric centrifuge assembly and testing facility in February 2003; Lashkar-abad Laser enrichment and Lavizan-Shian site in May 2003; Fordow underground enrichment site in December 2005; and Defensive Innovation and Research Organization SPND in July 2011.

It’s still not clear what happened with the briefing — nor is it clear how or why the U.S. news media suddenly ditched the story. 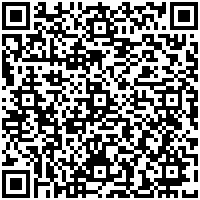