Ever have to wait for someone when you are anxious to get somewhere? If you are at all like me, it will rank pretty high on the list of common irritants. All the more so when it is the result of lack of foresight on the part of the other person. I am sure most of you know what I am talking about. But if anyone thinks I am just generalizing based on myself, just watch the reaction of people behind a car stalled out at an intersection. We are talking about the waste of no more than two minutes for an extra red light caused by someone who did not commit any greater transgression than driving a car that needs a tune-up; and yet people will often yell and carry on as if the driver had just killed their mother!

There is one bright side to the rather unfortunate scenario just described. It certainly encourages the perpetrator to try to make sure it doesn’t happen again. And that notion might just help us understand an otherwise difficult passage in this week’s parsha.


In a short couplet (24:8-9), Moshe warns the Jewish people to keep the laws of tsara’at, and then to remember what happened to Miriam. The brevity and unusual elements found in this passage lead the commentators in many radically different directions. One of the biggest questions is what the first verse about keeping the laws has to do with the second about Miriam’s experience; as what we are instructed to remember is not Miriam’s following the laws, but her being punished, to begin with. I think Rashi is the closest when he says that the second verse is essentially telling us, “If you don’t want to keep these intrusive and complicated laws of what one must do when one contacts this disease, don’t get into the problem in the first place. And the way not to get into this situation is not to say lashon hara. But since, that is easier said than done, here is something to help you: Just remember what happened to Miriam!”

What remains difficult according to Rashi’s approach is why keeping Miriam in mind will be so powerful. Ramban suggests that the point is the slightness of her particular rendition of the sin and her saintly status. In other words, if so grave a punishment was meted out even in these extenuating circumstances, how much more likely are we to be punished for coming anywhere near lashon hara. Perhaps. But my sense is that this is not yet the clincher that the Torah is looking for. Moreover, this idea can have the exact opposite effect. Namely, if Miriam was unable to avoid punishment, why should we even try?

Rather I think the focus is elsewhere. In her case, the worst part of the punishment was not actually the tzara’at. Instead, it was that she had to keep the Jewish people waiting for an entire week. Granted, her greatness and the respect that she had earned from the Jews required that they wait. But given all of the other complaints that we read about in the Torah, it is hard to imagine that this was taken cheerfully by the entire camp – or even by most of it. If being publicly punished was embarrassing enough, the looks she must have gotten (even from afar, as she was outside the camp) were probably enough to kill! And don’t forget that this was before the sin of the spies, such that the Jews were still anxiously awaiting their arrival to the Land of Israel in a matter of days.

Hence the Torah uses this story to remind us that the punishment for lashon hara has ramifications far beyond ourselves. Having to go outside of one’s settlement means leaving all of one’s responsibilities either undone or loaded onto others. In either case, others inevitably suffer. Knowing this will prompt us to think twice. For even without the tremendous embarrassment anyone experiences when they are responsible for causing others discomfort, most decent people are far more careful when the consequences of their actions affect others beyond themselves. And given that this punishment will most definitely impact on others, the Torah is reminding us to act accordingly.

On some level, the punishment for lashon hara actually reflects the sin itself. As the main reason we view it as such a serious sin is the uncontrolled damage that it causes others. What we now see is that if a person missed that in committing the act, he is forced to see it in its punishment. After all, remember what happened to Miriam! 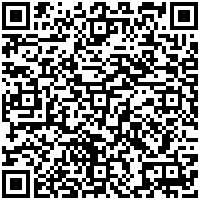