Oliver Coppard, a former Labour Parliamentary candidate for the Sheffield Hallam, South Yorkshire seat, who is Jewish, announced he would not be running again because of anti-Semitism within the party, Huffington Post reported Tuesday.

In a 2017 snap poll, Coppard ran against the leader of the Liberal Democrats and former Deputy Prime Minister Nick Clegg, cutting Clegg’s majority by close to 13,000 votes and giving Labour candidate Jared O’Mara the win.


In October 2017, MP O’Mara joined the Women and Equalities Select Committee, from which he was forced to resign shortly thereafter, following the publication of offensive comments about women and gay men he had made in 2009 and earlier. A few weeks later, O’Mara was suspended from the Labour Party following additional reports of racist, homophobic and misogynistic comments he had made online. O’Mara was reinstated and then resigned again in July 2018, and currentley serves as an independent.

After O’Mara’s resignation from the party, Coppard was asked by the local Labour party to run for his seat in the next elections. Now he told the Huffington Post that he could no longer represent a party which has allowed a “growing intolerance” of different groups.

He referred specifically to an attack on the British Jewish community and a defense of Labour leader Jeremy Corbyn’s dubious stance on anti-Semitism by Len McCluskey, general secretary of Unite the Union, the largest affiliate and a major donor to the Labour Party (Corbyn Has Answered Concerns On Anti-Semitism, But Jewish Community Leaders Are Refusing To Take ‘Yes’ For An Answer).

Writing for HuffPost, Coppard said: “In the last week alone, the way in which Margaret Hodge’s comments were mocked, and Len McCluskey questioned the legitimate fears of the Jewish community, has once again shown Jewish people that our empathy with minority voices has fallen victim to the intolerance of our own factionalism.”

Copper added that “Solidarity with ethnic minority groups is not selective. Support for the Palestinian people is not an alternative to support for the Jewish community, but that is all too often how it is expressed.”

“Let me say it now, sadly but clearly, the Labour Party currently feels like a hostile environment for all too many Jewish people like me,” Copper wrote. 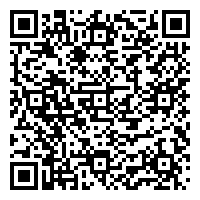