Hamas leader Ismail Haniyeh on Tuesday announced the siege on Gaza is nearing its end, and noting that as part of the arrangement, Gaza would receive humanitarian aid while Hamas would not be paying a political price for the Israeli government’s gestures.

Haniyeh spoke during a sermon honoring Eid al-Adha, the Muslim Festival of Sacrifice (which commemorates Abraham’s willingness to sacrifice of his son, except the Muslim version picks the maid’s boy, Ishmael–Haniyeh’s namesake, over the authentic Biblical version depicting Izaac).


Haniyeh said that the “Palestinian people” had no intention of relinquishing their weapons and declared the failure of Trump’s “deal of the century.” He also referred to the reconciliation negotiations between Fatah and Hamas and said that the PA’s sanctions on the Gaza Strip should be lifted immediately and that general elections be held with the participation of all “Palestinians.” He also called on the PA to terminate its security cooperation with Israel, which leads to arrests of terrorists in Judea and Samaria.

PA Prime Minister Rami al-Hamdallah also used his Tuesday Eid al-Adha sermon, at the muqata in Ramallah, to issue political messages, declaring: “I call on Hamas again to abide by the initiative of President Mahmoud Abbas and to enable the national reconciliation government in the Gaza Strip, which is ready to carry out all its responsibilities in the Gaza Strip.”

“When we talk about empowerment, there must not be one judicial system in the West Bank and another judiciary in the Gaza Strip,” al-Hamdallah said. “We are talking about security and land, about the return of old employees and effective control over the crossings. This should be our proper response to the attempts of the US administration and the occupation to separate the Gaza Strip from the West Bank.”

Israeli officials insist there are no long-term negotiations with Hamas, and a ceasefire is all that’s on the agenda for the moment. Only if said ceasefire lasts a few months will it be possible to talk about more extensive improvements, based on the understandings reached at the end of the 2014 Gaza War, which must also include the return of the fallen and the civilians in Hamas’ hands.

But no one in Israel doubts that the Netanyahu government has been in negotiations with Hamas for some time now, and reaching agreements Israelis will only find out about later, or right now—from Ismail Haniyeh. 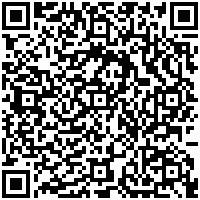