At the beginning of this week’s parsha, Rashi informs us that Sarah’s death was no accident, but rather a result of hearing about Avraham almost sacrificing her beloved only son, Yitzchak. Based on the midrash, Rashi explains that the terrifying image of such a scene was more than she could handle.

Though Sarah would almost certainly have agreed that Avraham was doing the right thing in going along with God’s command, that doesn’t mean that it was something that she could live with. And when one thinks about it, her resultant death does not come as a surprise. That being the case, it is more than likely that Avraham knew of this possible consequence as he went on his mission to sacrifice Yitzchak. In essence, then, he was asked to sacrifice not just Yitzchak but Sarah as well. In other words, this giant of love and concern for others was asked to destroy the two people that were the center of his life.

Netziv asks: What was the actual test of Avraham? It certainly was not whether he would listen to God. Perhaps the answer to this question is that the major challenge to Avraham here was not the sacrifice of Yitzchak or Sarah, but rather of himself. For he was asked to destroy everything that was important to him, starting with his loved ones and ending with his very essence.

Up to his test, Avraham’s mission had been to popularize the concept of the one supreme God – a God who loves his creatures, but also has expectations of them. Those expectations had to do with a rational morality that would allow all men to live together in peace and harmony. The very antithesis of this morality was the sacrifice of other humans. Hence, with the sacrifice of Yitzchak, Avraham’s mission would ostensibly come to an end.

Moreover, Avraham had completely internalized what he believed to be God’s most central trait, that of lovingkindness. To be cruel to the very people that he felt most deserving of his kindness was a way to completely uproot who he had become. Presumably, it was this that became Avraham’s grueling test – to abandon everything dear to him, including his understanding of the God that he was so powerfully advocating.

Though the scope of this test is likely to never be repeated, there is one thing that we can take from our understanding of Avraham’s encounter on Har HaMoriah: It is appropriate for us to use that which comes naturally to enhance our service of God in the same way as Avraham was able to use the trait of kindness, a characteristic which resounded well with him. But the ultimate test is when our Divine service requires that we go against our natural inclinations. Ultimately it is that which serves as the litmus test to see if we are worshiping God or ourselves.

It is for this reason that the very modest Tamar had to pretend to be a harlot and that the truthful Yaakov had to lie. It is also the reason that the humble Moshe had to take the national limelight. We need not seek this type of test, but we do need to check and at least ask ourselves the question of why I am doing God’s will.

A friend of mine once pointed out that even those of us who try to always invite guests for Shabbat rarely engage in the mitzvah of haknassat orchim. That, because our motivation usually comes from the fact that we greatly enjoy our guests, and their company makes our Shabbat more enjoyable. We can only say that we are truly doing the mitzvah if the pleasure that we derive is secondary and God’s command is primary. A tall order? Perhaps, but this is the lesson of our greats, especially in the book of Bereshit. May their merit inspire us to truly serve God. 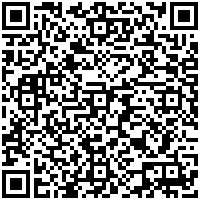