The new government in Canada headed by Prime Minister Justin Trudeau has made it clear how much Israel lost a friend after last month’s elections that ousted Stephen Harper.

The new Liberal party Foreign Affairs Minister, Stéphane Dion, said Wednesday he will try to improve relations with Arab countries in the Middle East in order to play “honest broker.”

Harper was unabashedly pro-Israel and strongly backed the Netanyahu government throughout every crisis, whether it was the IDF response to Hamas missile attacks on Israel or Palestinian Authority incitement and terrorism.

In an interview with the Ontario-based iPolitics, Dion said of the policy towards Israel in the new government headed by Prime Minister Justin Trudeau:

Israel is a friend, it is an ally, but for us to be an effective ally, we need also to strengthen our relationship with the other legitimate partners in the region.

Dion said that countries that are around Israel “should be part of the solution and not becoming completely dysfunctional as, unfortunately, Syria became.”

Dion said Canada’s strongly pro-Israel stance has cost it being an honest broker, and he gave one example:

I remember in the past, the minister of foreign affairs of Canada receiving a phone call from his counterpart in Israel, asking him to be in touch with a group in Lebanon that was legitimate but not willing to believe what the government of Israel was telling them.

He said to the minister of foreign affairs…. ‘I think if it is coming from you, because you have strong links with them, it may help us.’

I’m not sure today Canada is in a situation to do that anymore.

Watch: “Your Children Will Come Home” – The Hope Beyond the Tears of Tisha B’av 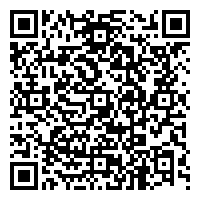