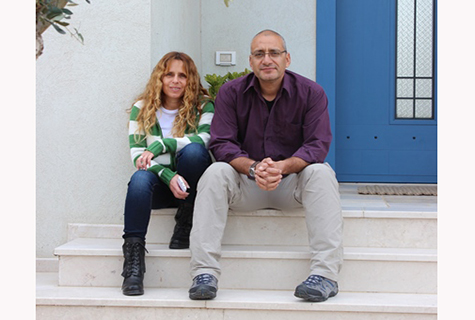 Sarita and Dror Maoz might look like your typical couple, but their story is far from average. Sarita is a lawyer and also functions as a community coordinator, while Dror is an architect. Originally from Elei Sinai, Gush Katif, they are married with three kids, the eldest serving in the IDF, and the other two currently in high school. As we drive up to their new home in Kibbutz Palmachim, Sarita hears us approaching and opens the bright blue front door with a grin. She proudly tells us that her family was among the first to move into the new neighborhood in April 2014. We glance around the newly-built neighborhood, and Sarita points out the houses that Dror designed, truly a treat for the eyes. He kindly takes a quick break from his work to give us a few moments of his precious time.

Sarita tells us that she and Dror are looking forward, but as she looks around her new house, she admits that she still finds it hard to believe it’s permanent. I understand her feeling of uncertainty, considering that she’s lived in Yamit (in Sinai), Netzer Hazani (until Neve Dekalim was established), Neve Dekalim and – following her marriage – Elei Sinai.


It was in Elei Sinai that Sarita and Dror were wounded in the terrorist attack in which Liron Harpaz and Asaf Yitzhaki were tragically killed (October 2001). After physically recovering from their wounds, they took their three children and went on a caravan trek in Australia. Shortly after they returned home, then-Prime Minister Ariel Sharon announced the Disengagement. Following the uprooting, the Elei Sinai community didn’t go to hotels or caravillas. Instead, they camped out in tents for an entire year, at the Yad Mordechai Junction, determined to reach a community-wide solution. They searched for a community to absorb them; Kibbutz Palmachim seemed the answer to their prayers. A beachside community, it reminded them strongly of their previous home.

After camping out in tents for a year, the Maoz family needed some time out. Once again they left to Australia, planning to return when the situation had progressed. But five years later, they realized that nothing would happen if they didn’t push it along. So they came back and helped deal with the bureaucracy. It’s been nine years and a long, hard journey from Elei Sinai to Palmachim. Sarita and Dror thank the many people who helped them along the way, especially those from the Golan Heights who escorted them through the uprooting.

While the Gush Katif neighborhood in Kibbutz Palmachim is moving speedily ahead, they’re still fundraising for the synagogue. Palmachim is a secular, Shomer HaTzair Kibbutz that’s never had a synagogue, but has agreed that one should be built for the Gush Katif families. In fact, some Kibbutz old-timers are eagerly anticipating the day when they’ll help bring a Sefer Torah into a shul on their Kibbutz.

You can make a tax-free donation: 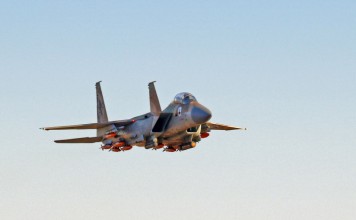 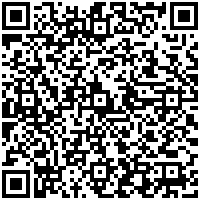