A police officer has recently recommended to the heads of Women in Green to prepare an alternative route for the 23rd, traditional march on the night of Tisha B’Av, a route that does not pass through eastern Jerusalem (site of the entirety of Jewish history in the city).

In an email they sent The Jewish Press Online, movement leaders Yehudit Katsover and Nadia Matar reported they had received a call from a police officer who told them to be prepared to change the route of the walk so that it would not pass through eastern Jerusalem.


“This would take away the entire purpose of the walk which is to surround the walls of Jerusalem as an expression of the longing of the Jewish people for Jerusalem and the Temple Mount on the night of Tisha B’Av,” wrote Katsover and Matar.

Women in Green say they view this police move as a “surrender and reward for terrorism.”

“For 23 years, the walk has been taking place unhindered, despite warnings and fears, and despite years of walking in the month of Ramadan,” Katsover and Matar argue, noting that “the walkers walk without any provocation or friction with the Arab population, and there is no reason to restrict the walk now. If, heaven forbid, the route of the walk is changed, it will be a reward for the rioters and murderers. … It is inconceivable that the agitation by rioters and murderers will lead to the punishment of the victims of terrorist attacks and prevent us from practicing a tradition of hundreds of years … It is precisely the time to act like every year and to prove that terrorism will not defeat the eternal people.”

Attorney Aviad Hacohen has joined the efforts of Women in Green to keep the traditional route of the Walk. Hacohen accompanied the legal struggle for the walk from its inception 23 years ago, when police asked the court not to approve the route and Hacohen then petitioned the High Court of Justice and won.

The Supreme Court at the time ordered police to approve the walk as planned. Now, 23 years later, Hacohen sent a letter to police district commander, Major General Yoram Halevy, stressing the absurdity of the idea of restricting the traditional walk to appease the mob.

“The police officer did not specify how he knew at this time what the exact degree of the expected ‘tensions’ would be in another two weeks, on the night of the 9th of Av (and tension, as we know, unfortunately, has been characteristic of Jerusalem on many days of the year, for many years),” Hacohen wrote.

“With all due respect, this type of ‘warning’ is out of place and contradicts all basic principles of democratic governance and rule of law worthy of its name,” Hacohen stated. 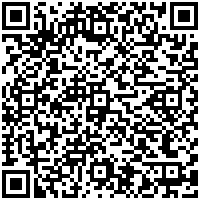