While the rabbis posit Avraham had ten tests, the Torah uses the verb, ‘to test’ only once – when God commands him to bring up his son, Yitzchak, as a sacrifice. This is clearly one of the most difficult things that God has ever asked of a man. In that sense, it is understandable that the Torah wants to raise it above the other challenges. Yet Netziv (on Bereshit 22:12) asks a question which tempers our initial impression: What choice did Avraham actually have? As Avraham well knew, God has more than way to accomplish what He wants. If he wanted Yitzchak sacrificed, Yitzchak would be sacrificed – with or without Avraham’s involvement.

But perhaps Avraham doing God’s extremely difficult bidding was not the actual test. Perhaps the test was not whether he would obey God, but how he would do it. Would he argue; would he drag his feet or go sullenly?


Many register surprise that the man who prayed for the salvation of evildoers in Sodom did not utter a single word of protest when God commanded him to kill his own son. For the Netziv, however, this lack of protest was actually exactly what God wanted to see from Avraham. But why?

The midrash tells us that the angels were amazed later when the Jews responded to God’s plan to impose His Torah, by saying, ‘We will do and we will understand.” According to the midrash, the angels thought this great truth was beyond the comprehension of human beings. Indeed, it would seem backwards – first understand, then do. Why would anyone do something they don’t understand? Thinking twice, though, there are actually many things that we do without understanding them. We do so because we rely on mentors or experts to steer us in the right direction. If so, why should it be so difficult to comprehend the notion of doing something we don’t understand based on the word of the ultimate Expert and Mentor? The answer is that we are dealing with two different types of trust. A human mentor or expert is ultimately our agent. We go to him with the understanding that he is there to help us do what we want to do. But that is not why we listen to God. He is not our servant, and we have no way of knowing if what He wants is what we want as well. The reason we trust him regardless, is that since God always knows what is right, we are aware that what He wants should be what we want too.

But the second type of trust is easier said than done. And that is the point of the midrashic angels: Faced with a Divine dictate against our own desires, it is only human to drag our feet. And if we had God’s ear in such a case – as Avraham did – we would likely ask for an explanation before doing God’s bidding. In other words, we would show an attitude of “we will understand and we will do.”

Up until the binding of Yitzchak, God’s instructions to Avraham were not only what he knew he should want; they were also what he really did want. Hence, it could not be known whether he had reached the level of “We will do and we will understand.” For that, God had to create a case in which Avraham could not see any benefit, but rather only great damage – that was the binding of Yitzchak. Had Avraham protested, it would have been tantamount to saying, “Let me first understand.” And that would have been to fail the test.

Instead, Avraham showed what true faith is all about it. And he passed it on to the descendants that would stand at Mount Sinai. He was able to show that faith in God is of a different quality than the self-interested trust that we generally have in other people. Rather, it is the complete internalization that since God is God, He knows best. No questions asked. 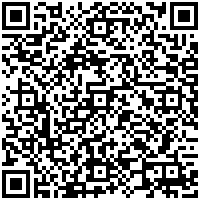