The recent election ended in a virtual tie, as did the election of 2000. Approximately half of the voters selected each of the two major candidates. According to the New York Times, Clinton may have received as much as two million more votes than Trump. This may turn out to be an exaggeration, but she certainly won the popular vote. Trump received more electoral votes. If 70,000 more of Clinton’s popular votes had been cast in Pennsylvania, 120,000 more in Florida, and 15,000 more in Michigan, she would have had more than the 270 needed to win the presidency.

That’s how close the election was. I predicted an unpredictably close vote back in August when Clinton was way ahead in the polls.

“To be sure, the Electoral College vote is sometimes less difficult to predict than the popular vote, because it generally turns on a handful of closely contested critical states, such as Ohio, Florida, Pennsylvania, and Virginia. But in this election, there could be surprises in states that are usually secure for one party or the other. So even the electoral vote will be more difficult to predict than in previous elections.

In an election that was as unpredictable as this and that turned out to be a toss-up, any one of many factors may have determined the outcome. FBI Director James Comey’s ill-advised letter to congressional leaders on October 28, telling them, and the voters, that new emails had been discovered that might be “pertinent to the investigation,” may have made the difference.

In a series of TV appearances, I had urged Comey to do what he eventually did: “The FBI knows how to work that fast. They should get 100 FBI agents working 24 hours a day for three days… and in 72 hours at least release something the indicates whether there is anything, whether there is even probable cause. If there is nothing the public has to know that.”

I worried that Comey may not have considered the unintended consequences of his letter: “What if his statements about the emails produce a victory for Trump and it then turns out that there was nothing of significance in them? Or that they were merely duplicates of what had already been produced?” And I’ve urged him to explain the scope of his investigation: “Silence is no longer an option for Comey… He can’t any longer by silence allow his last statement to influence this election. Look how close it’s becoming since that statement was made. To have the FBI influence the outcome of an election and then nothing turn up would be an absolute disgrace to democracy.”

On Sunday’s CNN Tonight Don Lemon credited me with predicting what Comey would do: “Alan. To you. You hate to say I told you so, but you told me and everyone who would listen last week that this would happen. That Comey would have to speak out before the election.”

Comey did finally speak out, but it may have been too little, too late. Millions of votes were cast between Comey’s two statements. Those votes – based on a misperception that the emails were “pertinent” to the investigation – may have made the difference between a Clinton or Trump victory. No one can ever know for certain, but the election was so close, it is highly probable.

So Trump’s narrow victory doesn’t tell us much about the past or the present. Even if Trump had lost by a narrow margin, the fact that he got nearly 60 million votes would still be significant – as significant as his narrow victory – in telling us about the current mindset of the American people.

But the fact that Trump won tells us a great deal about the future, because a Trump presidency promises to be very different than a Clinton presidency would have been.

A Clinton presidency – coupled with a Republican Senate and House – would have been subject to the checks and balances of our constitutional system of separation of powers. A Trump presidency will not be subject to those constraints. There will be less gridlock, although the Senate filibuster may impose some constraints on President Trump’s expressed desire to pack the Supreme Court with “Scalias.”

In the meantime, the loyal opposition must remain both loyal and opposed to policies and appointments that are inconsistent with our values. We must cooperate when cooperation is warranted, but when it is not, we must use all available lawful options – political, judicial, media, academic and economic – to serve as checks and balances on a president who tries to exceed his authority. This is not the time for liberals or Democrats to become immobilized with despair, nor is it the time for violence or unlawful actions. It is a time to become energized and proactive. 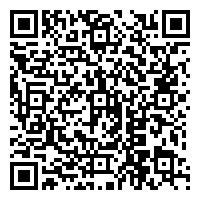