The Midrash (Tanchuma, Ki Tetzch 4) speculates about the details of Rivkah’s burial. The Torah tells us next to noting about it, though it is easy to miss that. The Torah doesn’t need to mention everyone’s death and it is – in any event – less likely to mention the death of great women than of great men (for example, we are not informed about the death of Leah).

While we don’t know when Rivkah died, Ya’akov later (49:31) makes it sound as it was when he had not yet come back home. With Ya’akov absent, who else was left to bury her? The Tanchuma posits a likely scenario wherein Avaraham was already dead, and that Yitzchak’s blindness would have prevented from being too much help. That means that the only one available would have been Esav. While we are not sure of his exact whereabouts at the time, we see that he was close enough that this is exactly what he did when his father, Yitzchak died. Yet he Midrash rejects this possibility, saying it would have caused her too much embarrassment. Instead, whoever else might have been at hand buried her during the night, specifically so that Esav would not be there. These rather unfortunate circumstances are given as the reason that Rivkah’s death is only alluded to, something endorsed by Rashi, Abarbanel and many others (35:8).


My sense is that the Midrash’s narrative here is not meant to be taken literally. Not too long after this, we read that Esav and Ya’akov buried their father – not only mentioning Esav’s role, but putting him before Ya’akov. Though some of the embarrassment to Yitzchak may have been mitigated by Esav serving together with his brother, the Torah’s narrative treats Esav’s participation in the burial of one of his parents as expected and natural.

The rest of the Midrash, however, is grounded in the simple reading of the text – it is quite likely that Avraham and Ya’akov were not present at Rivkah’s funeral and that Yitzchak could only have a limited role. That would leave Esav as the main protagonist. And so it was Esav that buried Rivkah after all.

But as careful readers of the Torah, we should not really be so surprised. While Rivkah preferred Yaakov to Esav and was the mastermind of the plot to strip him of his blessing, the Torah makes clear that there was still a strong mother-child relationship between the two nevertheless.

To begin with, when Ya’akov prepares to impersonate Esav, Rashi (on Bereshit 27:15) notices the strange location of his Esav’s best clothes: At a time when he already has two wives, the clothes are still by his mother, Rivkah. While Rashi explains that it was out of distrust of his wives, this does not mitigate the fact that both Rivkah and he are comfortable with this arrangement. But even more surprising is her concern for Esav after the blessing away from him: In telling Ya’akov to to flee to Lavan’s house, she shares her fear that otherwise she may be “bereft of both of you on one day,” (27:45) which almost all commentators understand to be referring to him and Esav. Though she did not think that Esav had many redeeming qualities, his death in her lifetime would be a tragedy she did not want to see. Only a few verses later, the Torah reiterates her motherly connection to Esav by suddenly mentioning that she was the mother of Ya’akov and Esav (28:5).

The biggest irony to Rivkah’s ambivalent feelings about her eldest son was that he would be the one to stay home. Ya’akov would leave for twenty one years, but Esav would either be at home or just around the bend. He is the one she would have to see all of these years, while likely never seeing Ya’akov again. It is to Esav that she continued playing her motherly role. And in her old age, it was likely he that took care of her – until she died and he buried her.

This subtle back-story is less than Biblical in its scope and grandeur and only alluded to in large strokes. On some level, it is so obvious that it almost need not be told. Obvious though it may be, the great shadow of the epic narratives all around it causes many – perhaps, even most – to miss it. That story is prefaced by a mother who is disappointed by one of her two children and transfers many of his privileges to his brother for the benefit and welfare of everyone involved. But that is only the backdrop. The actual story is that this does not prevent her from caring about, and loving, the delinquent child who then turns into a problematic adult. The story is that she will always be his mother and he will always be her son. 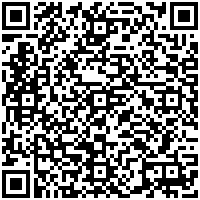