As numerous signs suggest the current Polish government is attempting to rewrite its role in World War II and the Holocaust, the Florida Holocaust Museum (FHM) announced the North American premiere of a photo exhibition that documents in black and white the lengths that have been taken to wipe out traces of Jewish history and culture in Poland.

Recently, the NY Times reported that, after nearly a decade of planning and five years of construction at a cost of $114 million, the new Polish government may be backing away from its commitment to fund the Museum of the Second World War. The museum was scheduled to open in January but continued funding is now in question.


Last year, the JewishPress.com reported that the Polish government is threatening to prosecute Polish-born American historian Jan Gross for claiming that Poles killed more Jews than Germans during World War II. Gross, a renowned Holocaust scholar and professor at Princeton University, who received the Order of Merit of the Republic of Poland for outstanding achievement in scholarship in 1996, is now accused of “publicly insulting a nation” and faces up to three years in prison if convicted.

The FHM’s exhibition, Matzevot (gravestones) for Everyday Use by photographer Łukasz Baksik (a non-Jew), documents the ways in which Jewish gravestones in Poland have been stolen and reappropriated. The tombstones are now part of Polish fences, pavements, toolsheds and cowsheds. Some have been recycled as Catholic gravestones, others were used to patch roadways and walls. They have even been to build a wall for a basketball court and an elementary school’s sandbox.

“The gravestones that were turned into everyday objects were still being used as such from 2008 to 2012 when I photographed them,” said Baksik, who traveled across his home country of Poland for four years to illuminate the ways “people have gone to wipe out traces of Jewish culture.” He added, “There are still sidewalks and courtyards paved with matzevot; walls, buildings and tools that were made of Jewish gravestones are still being used in public view.”

“There was no shortage of ordinary stones in Poland,” said FHM’s Executive Director, Elizabeth Gelman. “The sole goal of the Nazis during the war was to erase all traces of Jewish culture and Jewish history. The practice has been documented as continuing among the local populations for decades.”

The exhibition Matzevot for Everyday Use has been shown in Warsaw and Krakow, Poland and in Minsk, Belarus. Now North American audiences can see it. The exhibition is sponsored by The Gemunder Family Foundation, with additional support from The Jewish Federation of Pinellas and Pasco Counties. It will remain on display at the FHM until January 29, 2017. 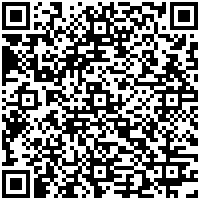