Both UNRWA (United Nations Relief and Works Agency) and the UNHCR (United Nations High Commission for Refugees) are mandated by the UN to aid refugees, but there are some significant differences between how these two organizations spend their money, and thus, how successful and efficient they are at using that money to end the refugee crisis. The numbers will shock you.

Information from this report was compiled by The Center for Near East Policy Research, based on data gathered in 2011.

UNRWA refugees are defined as: Anyone who lost place of residence and means of livelihood as a result of 1948 Arab-Israeli war.

UNHCR refugees are defined as: Person who is outside country of his habitual residence due to a well-founded fear of being persecuted – anyone except for “Palestinian” refugees.

7. The Difference Between Their Mandates (Goal)

UNRWA: Provide services such as medicine, education and food to the refugees in perpetuity – but not to resettle the refugees or end their refugee status.

6. The Difference Between Their Mandates (Resettlement)

UNRWA: Refugees from the Arab-Israeli War, and their descendants, can only be repatriated within the Land of Israel, and not resettled anywhere else – even if they have citizenship elsewhere.

UNHCR: Refugees can be resettled in any third country, with the goal to help them get on with their lives. Children of refugees are not considered refugees

UNRWA: 4.681 Million refugees.
Or 20,000 according to a classified US State Department report.

UNRWA has 4X the staff of the UNHCR, while dealing with 6X fewer refugees.

UNRWA spends twice as much per refugee and has never resettled a single refugee, unlike the UNHCR.

If one defines success as resolving the refugee’s problems, then UNRWA can only be defined as a complete failure.

UNRWA does not try or want to try to resettle the refugees, nor help the refugees move forward with their lives in a new host country, where some are already 3rd and 4th generation UN welfare recipients.

UNRWA maintains the refugee definition, even for those living in refugee camps within the Palestinian Authority.

UNRWA spends twice as much per refugee each year than UNHCR does – and has never resettled a single refugee.

Conclusion? Shut down UNRWA and transfer responsibility for resettling UNRWA’s refugees to the UNHCR. 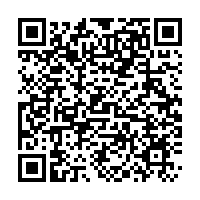