This is one of those stories that is the stuff of legend, but it really happened. I heard it yesterday evening from Julie Ben Ze’ev of Moshav Beit Hilkia:

“A month and a half ago an extremely pleasant person called me in order to rent a tzimmer (guest house) from us on the moshav. He explained that due to the pandemic his family could not celebrate their daughter’s Bat Mitzvah, and now they were planning a Shabbat for that purpose. He was especially friendly and kind.


“Several days later, on Lag Ba’Omer, the Meron catastrophe occurred. The following Sunday morning, a woman called me and asked if her husband had rented a tzimmer for the coming Shabbat. She said it was important that I should not miss out on renting it to someone else so that I would not suffer any financial loss because the family would not be arriving on Shabbat. I asked why and she told me that her husband, Rabbi Elazar Gafner, is now in heaven since he had been killed in Meron. I was in shock. What a giant of a woman. We cried together over the phone. We spoke for almost an hour. I told her what an excellent impression her husband had made on me and how important the coming Shabbat was going to be for him.

“I am an English teacher. But the following day I was not able to teach English. My entire class wrote to Mrs. Gafner, reassuring her with words of consolation and support. I went to pay a shiva call and gave her the letters. I told her that, in general, when we are in pain, we are not so sensitive to others, but that I learned from her that even at the height of personal anguish it’s still possible to demonstrate such sensitivity.

“After the first 30 days of mourning had passed, I asked her permission to hold the Bat Mitzvah event. I was happy to provide her with the tzimmer at no charge, and many good people were recruited to celebrate the Bat Mitzvah with gifts, fun activities and food. Last Shabbat, I felt something special was in the air. I had learned an important lesson in character refinement, and had fulfilled in a certain sense what Rabbi Gafner of blessed memory had asked of me.” 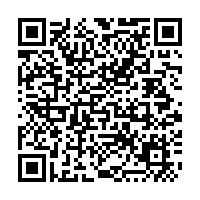