Rafi planned on taking a summer course. He needed to purchase a required textbook.

Abie, who had taken that same course during the year, posted that he was selling the textbook secondhand.

“I’m away for two weeks,” said Rafi, “so please hold the book for me.”

The summer wore on, but Rafi never bothered to pick up the book. Most of the course was online, and when he needed the text, he borrowed it from another friend.

Toward the end of the summer, Abie called Rafi about the book.

“I’m sorry,” Rafi apologized, “it never worked out for me to stop by and pick up the book.”

“No problem,” said Abie. “It’s been sitting happily on the shelf.”

“The truth is,” said Rafi, “at this point I don’t need the book so much. I’d rather just cancel the sale; return my money and keep the book. You can sell it to someone else who will take the course in the fall.”

“What do you mean, cancel the sale?!” asked Abie. “You already paid for the book. I have no more use for it, either. If you want to sell it to someone else for the fall, that’s your prerogative.”

“Till I receive the book it’s not mine,” argued Rafi. “Although I already paid, it’s still yours meanwhile, so I can ask for my money back. I’m strapped for cash, and while it may sound funny, the extra $60 will make a big difference for me.”

“I also need the money,” replied Abie. “The $60 was spent long ago and I see no reason to pull from elsewhere just because you were negligent in picking up the book.”

The two turned to Rabbi Dayan and asked:

“Can Rafi retract from purchasing the book and ask for his money back?”

“There is a dispute in the Gemara (B.M. 47b) whether payment of money acquires movable items according to the Torah,” replied Rabbi Dayan. “We rule that although it does, the Sages instituted that money does not finalize the transaction, but only a physical kinyan (act of acquisition), such as raising the book (hagbahah). This is to encourage the seller, even after receiving payment, to properly protect the item while in his hands, lest the buyer retract” (C.M. 198:1, 5).

“However, Chazal censured one who retracted unilaterally after the item was paid for, and pronounced upon him Mi shepara…: “The One Who punished the people of the generation of the Flood and of the generation of the Pelaga (Dispersion of Bavel), those of Sodom and Amora, and the Egyptians at the [Red] Sea, will punish one who does not uphold his word” (C.M. 204:1, 4).

“Moreover, even before payment, Chazal considered one who backed out after a firm verbal commitment as mechusar amana (untrustworthy). Beis din should dissuade the parties from retracting, and certainly if money was already paid” (Pischei Choshen, Kinyanim 2:[34]).

“Nonetheless, some Acharonim maintain that if the price changed significantly meanwhile, one who retracted after a verbal commitment alone would not be considered mechusar amana. If he already paid, though, he would still be subject to Mi shepara. Therefore, Rafi should not retract and demand his money back; he would be subject to Mi shepara if he did” (Rama 204:11; Erech Shai 204:11).

“However, in a different case, where circumstances changed and made the transaction superfluous, such as if the buyer inherited a similar item, or if the clear, intended purpose of the purchase never materialized some maintain that there is no Mi shipara,” concluded Rabbi Dayan. “Thus, for example, if the course was canceled, they would allow Rafi to retract without being subject to Mi shepara” (see Chasam Sofer, C.M. #102; Shevet Halevi 4:206, 7:236; Pischei Choshen, Kinyanim 1;[5], 2:[35]).

Verdict: A person who paid for an item should not retract and is subject to Mi shepara if he does retract, unless there was a clear, justifying change in circumstances that made the purchase superfluous. 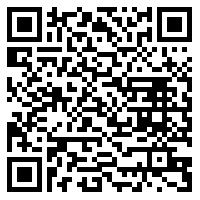