Labor Party primary elections, negotiations to reach unity on the political right – we keep on talking about leadership.

Tuesday, the 7th of Adar, was the yahrzeit of the leader, Moshe Rabbenu. His burial place is not known, we have no grave to visit, but thousands of years after his passing, this great leader does not stop influencing us and shaping our lives.

Moshe could have stayed in Pharaoh’s palace, but he went out to his suffering brethren. He was a stutterer and did not look for a leadership role, but he proved that one can lead even without charisma – through the power of faith, prayer, and a sense of mission.

He did not stop connecting the people to G-d and tried to get the two sides closer together for 40 years until the people reached their promised destination. But he himself never heard the words, “You’ve reached your destination.” He did not merit to enter Eretz Yisrael. The people he led, though, did.

He put the ideal – not himself – in the center. And this ideal is named after him till our very day: Torat Moshe. 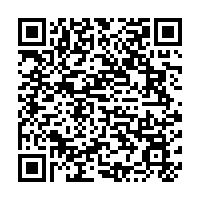