This Shabbos, the 28th Sivan, marks 79 years since the Lubavitcher Rebbe and his wife, Rebbetzin Chaya Mushka, arrived in New York. Their rescue from war-torn Europe was not merely a personal salvation. It was much more than that.

The Rebbe’s rescue came a year after that of his father-in-law, the sixth Lubavitcher Rebbe, the Rebbe Rayatz (1880-1950) who escaped Warsaw and arrived in New York on the 9th of Adar Beis, 1940. Leaving Europe to come here – where standards of Yiddishkeit were incomparably lower – was a decision the Rebbe Rayatz made unwillingly. But once here, he felt Divine Providence wanted him to fulfill a higher purpose. Immediately he declared his goal of making North America a land of Torah comparable to Europe.

The chassidic movement’s ultimate purpose is to prepare the world for Moshiach, as is clear in a renowned letter of the Baal Shem Tov in which he relates that his soul ascended the heavenly realms and asked the soul of Moshiach, “When are you coming?” Moshiach replied, “When your wellsprings are disseminated outwards” – i.e., when the profound mystical teachings of Chassidus are spread to the furthest reaches of the world, raising it to the level at which Moshiach can be revealed.

Today, the challenge is to bring the Torah’s teachings, including its deepest mystical concepts, to Jews far from Torah as a means of drawing them back to Yiddishkeit. And because America is a free country, the chassidic movement is free to teach and spread its teachings boundlessly (whereas in Europe, the ability to disseminate Yiddishkeit and Chassidus was limited).

After the Rebbe Rayatz’s son-in-law – the Rebbe of our generation – arrived here in 1941, most Lubavitch activities were placed under his supervision, and, as a result, they immediately saw a tremendous surge. These activities only increased after the passing of the Rebbe Rayatz in 1950, as the Rebbe sent out shluchim – Chabad-Lubavitch representatives – to establish centers to strengthen and spread Yiddishkeit around the world.

Over the years, the number of these representatives has increased exponentially, reaching today more than 5,000. Millions of Jews have been touched by their work, including many tens of thousands who have become fully observant, and hundreds of thousands whose lives have been enriched by observing some or many mitzvos.

Every mitzvah observed by a Jew creates an eternal bond with Hashem, the commander of the mitzvah, thereby elevating the entire Jewish people and the entire world (Tanya, chapter 37). And the teachings of Chassidus have inspired Jews, on all levels to strengthen their Jewish identity and become closer to Hashem.

Thus, the 28th of Sivan doesn’t just mark the Rebbe’s escape from Europe. It marks the date when activities to raise the worldwide level of Yiddishkeit started in earnest. May these activities soon result in their ultimate goal, the revelation of Moshiach. 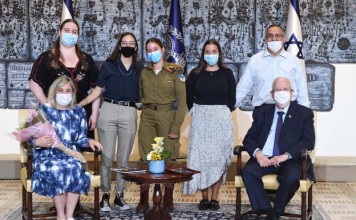