There is a custom to say Selichos before Rosh Hashanah. Sephardim have the custom to say Selichos during the entire month of Elul, while Ashkenazim follow the custom of the Ramah (Orach Chaim 581:1) to only say Selichos for a minimum of four days prior to Rosh Hashanah – beginning with Motzaei Shabbos. The Ramah quotes from the Kol Bo that certain communities had the custom that the ba’al tefillah should also be the chazzan for the remainder of the day. The Magen Avraham explains that this is because of the general rule that when one begins a mitzvah he should complete it.

The Magen Avraham adds that the chazzan for Selichos should also serve as the chazzan for Ma’ariv. Several Achronim took issue with this ruling, for Ma’ariv is part of the davening of the next day and is not connected to the davening of the day before. The Chasam Sofer, in his commentary to Shulchan Aruch, explains that the Gemara in Berachos 26b says that the Ma’ariv tefillah was instituted in correspondence with the burning of the eivarim (sinews), which were left over from the korban tamid of the evening that the tefillah of Minchah corresponds to. Therefore, even though the tefillah is technically part of the next day’s davening, it is nevertheless connected to the tefillah of Minchah that precedes it.

Many Achronim were bothered by the explanation of the custom that the ba’al tefillah for Selichos should also be the chazzan for the rest of the day because he must complete a mitzvah that he began. They asked the following questions: What connects the rest of the day’s davening to each other and to Selichos? Do we apply this rule to one who davens Shacharis and thereby tell him that he should also be the chazzan for Minchah? Certainly not. The rule is only applicable to parts of one mitzvah; davening Selichos for the amud and davening for the amud the rest of the day are separate mitzvos. Thus this rule should not apply.

The Livush suggests a different understanding for this custom. He writes that in the place where this custom was practiced they also had a custom that the chazzan for Selichos would fast the entire day. Therefore, as it would be too difficult for the general chazzan to daven everyday, they would alternate; the one who was fasting would daven all of the tefillos of that day.

The sefer, Binyan Shlomo, disagrees with the Magen Avraham and offers an alternate explanation for the custom. He suggests that we often find that we offer encouragement for people to do certain services that they might be hesitant to do. For example, the Gemara in Yuma 22a says that the person who did the terumas hadeshen would be granted the honor of arranging the maracha, which was more desirable to do. Similarly people do not regard Selichos as being an honorable tefillah in which to serve as chazzan; therefore we must give them an incentive and grant them the position of chazzan for the remainder of the day. The Binyan Shlomo adds that today, when most people say Selichos on their own and the chazzan must only finish each paragraph, it is no longer too burdensome in people’s eyes – and thus it is unnecessary to continue this custom today.

The sefer, Harirai Kedem, suggest that in order to understand the Magen Avraham we must first understand what the essence of Selichos is. He says that the essence of Selichos is an introduction and an addition to the day’s regular tefillos. That means that if one only davens Selichos and does not daven any other tefillah that day, he has not even fulfilled his obligation to recite Selichos. This is because the Selichos are additions to the regular tefillos.

Based on this we can explain the reasoning of the Magen Avraham. Since Selichos are additional prayers to the davening of the day, they are connected to all of the davening of that day. Therefore, when one serves as chazzan for Selichos (the addition to all of the day’s tefillos) we tell him to finish the mitzvah by also davening the rest of that day’s tefillos. On a day when Selichos are not recited, we do not tell the ba’al tefillah for Shacharis to daven Minchah since they are not connected in any way. 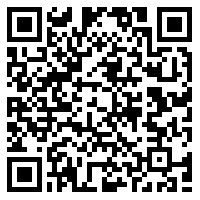