This week, we observe the wonderful yom tov of Lag B’Omer, simchaso shel Rabbi Shimon Bar Yochai – “the joy of Reb Shimon.” The question is: What can we learn from Reb Shimon. What message can we derive from this day?

The Gemara (Shabbos 33b) relates that after spending 13 years in a cave hiding from the Romans, the first thing Reb Shimon did after he emerged was ask, “Is there anything that needs to be fixed?”


He was told that the ritual purity status of a large area in the middle of a nearby marketplace was unclear, which forced kohanim to circumvent it. Reb Shimon immediately did research and determined which area was truly impure, thus permitting the kohanim to walk through the surrounding areas.

The Lubavitcher Rebbe emphasized that Reb Shimon was completely secluded from the world for over a decade. Now, upon returning to civilization, he immediately searches for a way to help without waiting for anyone to ask him. Clarifying the purity status of the area in marketplace would only benefit a small percentage of the population, but Reb Shimon nevertheless utilized his great intellectual and spiritual abilities to resolve the uncertainly.

The Gemara tell us this story to demonstrate the greatness of Reb Shimon, but also because it wants us to emulate him. Each person has certain abilities. For instance, one individual may have a brilliant mind. The message of Reb Shimon for him is: Use that mind to help another Jew who knows less Torah. Perhaps teach a shiur in your community. (In truth, even a person who just knows the letter “alef” should teach another Jew who doesn’t know “alef.”)

If Almighty G-d blessed you with a talent to provide emotional support, that’s wonderful. There are so many people who need this support, and you can be there to help them.

If Almighty G-d blessed you with wealth, use that wealth to help another Jew who has less than you.

If Almighty G-d blessed you with influential power and connections, use that – says Reb Shimon – to help another Jew who could use connections with the right people.

The Gemara (Sukkah 45b) teaches that Rabbi Shimon bar Yochai said, “I am able to absolve the entire world from judgment.” So if you have the power to help Jews so they won’t have to face judgment – by encouraging them to put on tefillin, keep Shabbos, kashrus and so on – use it! Maybe you can’t help the entire world, but you can help your neighbor and the Jews in your immediate vicinity.

The message of Reb Shimon bar Yochai is: Use whatever abilities you were granted to help another Jew. In addition to doing good, you will also benefit since G-d will help you when He sees you helping others. 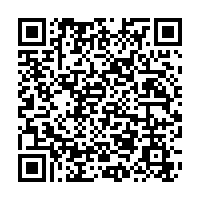