Some half a million people are expected to gather Thursday night and Friday at the Tomb of the Rashbi — Rabbi Shimon Bar Yochai — to celebrate the Jewish holiday of Lag B’Omer in the small mountain village of Meron, not far from the mystical city of Tzfat, in the Galilee region of northern Israel.

Participants will be marking the anniversary of the passing of Rabbi Shimon Bar Yochai.

The commentary on the Torah called the Zohar (Shining Light). A classical source of Jewish mysticism, the Zohar is attributed to Rashbi, who lived in the 2nd century C.E, died on Lag B’Omer and is buried in Meron. 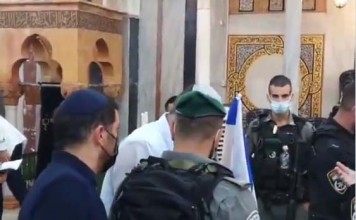