This week’s haftara is read in overlapping sections between the Sefardim and the Ashkenazim. The central section, including the passage of Yaakov fleeing to Aram (Hoshea 12:13), is common to both. The framing chapters, constituting the rest of the respective haftarot, emphasize different contexts and conclusions from these verses. In both the Ashkenazi and Sefardi versions, most of the haftara concerns Ephraim.

For Chazal, in establishing the haftara for Vayetze, the emergence of Ephraim on the scene merited special attention. During the time of the first Beit HaMikdash, when the northern kingdom of Israel was separated from the kingdom of Judea, the former fell under the banner of the kings of Ephraim. Therefore, in ancient Jewish poetry, Ephraim is commonly associated with the Kingdom of Israel. Unfortunately, during this era, the kings of Ephraim were incredibly wicked and under their leadership Israel descended into doing and becoming terrible things. Ephraim is being called out by the navi here for his leadership and culpability in the spiritual corruption of Israel.

In the Sefardi haftara there is a perhaps morbid review of the descent of Ephraim from righteousness into decadence. It comes about chiefly by way of what Catholic theologians refer to as concupiscence – Ephraim becomes dissolute because of his focus on physical desires and comforts, because he partakes of these until he is led only by physicality. The two kings of Israel named Yerovoam, and those who came between them, led Israel into the wholesale rejection of Hashem and of the unique mission of Israel.

In the Gemara Sota (3b) there is a discussion of the notion that the mitzvot one performs accompany him in the next world. The great Sefardic rabbi the Ben Ish Chai cites our haftara in examining this passage. He says look at how the forces of corruption creep in when a man feels he’s at his strongest. Ephraim is praising himself for his own success; the riches he amassed become a source of might for him. (Hoshea 12:9). On the other side of that pasuk, if you turn it over like a lever, we find the word “avon,” iniquity. If you just move around the vowels on the three letters that make up the word for power – on – then it becomes iniquity. Ephraim celebrates his wealth and ushers in a cycle of decadence and moral depravity.

Above all, Ephraim becomes seduced by physicality. The little bit of pleasure he allowed himself dragged him into the pursuit of pleasure itself. Therefore, the navi is telling this exiled nation of Israel, listen to the decrees of Hashem. Don’t be led astray by the false gods of your ancestors. Return to Hashem your protector and He will protect you.

The navi rapidly spans the horrific spiritual vista of decline. Yaakov fled to Aram and became a slave because of a woman and was preserved through a woman. Israel was brought to captivity by a navi and we were preserved by a navi. But Ephraim publicly rebukes Hashem; he doesn’t consider any of these signs of love Hashem showed in the past. Ephraim’s pride in his own might somehow becomes disdain for Hashem’s hand that truly sustained him. Once Yerovoam had stamped out the service of Hashem from the nation of Israel, nothing short of their complete dispersal or destruction was possible until at last the time comes to reunite them. May it be His will that that time be soon. 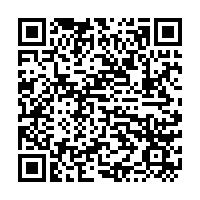