“This shall be the law of the metzorah on the day of his purification…” (Vayikra 14:2).

The Mishnah (Berachos 16b) relates that when Tavi, the Canaanite slave of Rabban Gamliel, died, Rabban Gamliel was receptive to the consolation and comfort of others. His disciples said, “Did you not teach us that one does not accept condolences for the death of slaves?” Rabban Gamliel responded, “My slave, Tavi, was not like all the other slaves; he was very pious.”


Regarding the origin of Tavi’s name, R’ Menachem Azaria of Fano (1548-1620) writes that Tavi was a descendant of Cham who had been cursed by Noach to be “servants of servants for their brothers.” Tavi, who was a good person, made up for his ancestor.

The tongue of the human being was created to speak words of Torah. The tanna R’ Shimon bar Yochai said, “If I had been at Har Sinai, I would have told Hashem that a person should be created with two tongues, one for secular purposes, work and business, and one for holy purposes, prayer and learning Torah.”

Indeed, it’s difficult to understand how a tongue that’s used for extreme holiness can also be used for mundane matters. We know, for example, that Moshe Rabbeinu, who would in the future speak to the Shechinah, refused to nurse from an unfamiliar source.

We know that when the Jewish people saw Pharaoh and his entire army behind them in pursuit, they complained to Moshe Rabbeinu. In a startling response, Moshe Rabbeinu assured them that Hashem would certainly save them, but only if they remained silent. If they spoke negatively and criticized Hashem, they would be putting themselves in danger.

The Medrash (Shemos Rabbah) elaborates that at that moment the Adversary seized the opportunity to indict the Jewish people. He argued that Bnei Yisrael simply did not have the merits necessary to be saved. In truth, there were Jews who had served idols in Egypt. When Bnei Yisrael began to speak lashon hara, the Satan had permission to prosecute them. The moment they became silent, though, the Satan was silenced.

The Chofetz Chaim notes that despite the severe sins of individuals, if we wouldn’t speak lashon hara, the Satan would be completely powerless. It is lashon hara that empowers the Satan.

What an important lesson for all of us! A person must always be mindful of the damage he inflicts on others and himself, G-d forbid, when he speaks lashon hara. When a person is careful to guard his tongue, he is protected from Above; derogatory speech removes this protection.

Rav Yehuda Segal explained that the daily learning schedule would enable individuals to acquire the praiseworthy attribute of guarding one’s tongue. He distributed this calendar to every person who came to see him, and for more than 50 years he never missed an opportunity to inspire others concerning shemiras halashon.

Once on a trip during the summer to Zemring to collect sorely-needed funds for his yeshiva, he was visited by a wealthy individual. When the rosh yeshiva offered him a deal on a very valuable item, everyone’s interest was piqued. They were sure it involved giving tzedakah for the yeshiva. To their great surprise, the rosh yeshiva spoke to this exceedingly wealthy individual about studying two laws of shemiras halashon every day. 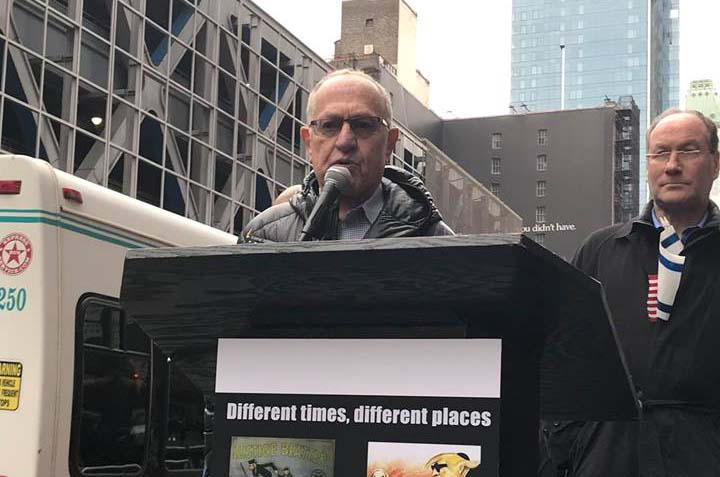