Soon after his mother, Rebbetzin Chana, passed away in 1964, the Rebbe started explaining in detail at every Shabbos farbrengen one or more comments by Rashi.

By 1992, the number of comments he had explained numbered in the hundreds, and many were later edited by the Rebbe and prepared for publication with copious erudite footnotes. They appeared in his Likkutei Sichos and in a five-volume work titled Biurim B’peirush Rashi Al Hatorah.


Rashi often notes that he intends with his commentary to elucidate the Torah’s simple meaning. Based on the mishnah (end of Avos) that says a “five-year old boy [starts studying] Scripture,” the Rebbe maintained that Rashi’s commentary is meant to be understood even by a five-year-old. That’s why Rashi’s commentary is exceptionally clear and concise and almost always uses simple Hebrew.

Most of Rashi’s comments derive from the Talmud or Midrash. But he almost always changes the wording or quotes specifically one of several versions. Even the headings of Rashi’s comments are precise, and the Rebbe would often explain why he chose to head his comment by quoting two words from a verse instead of three, for example. He also often explained why Rashi doesn’t give the seemingly simple explanations other classic commentaries offer.

Over the years, the Rebbe derived hundreds of rules that Rashi used in writing his commentary (summarized in Klalei Rashi by Rabbi Tuvya Blau). Using these rules, we can study Rashi the way the Rebbe himself did.

Interestingly, the Rebbe’s explanations often differ from that of hundreds of super-commentaries on Rashi authored by some of the greatest Torah authorities of the ages. The Rebbe emphasized that he did not, G-d forbid, reject the path adopted by each of these super-commentaries. Nonetheless, based on Rashi’s own words, the Rebbe felt his approach was the most straightforward and closest to Rashi’s intent.

Rashi’s comments may have been intended even for a five-year-old, but the Rebbe said they also are the “wine of Torah,” in the words of the Alter Rebbe – i.e., they allude to profound mystical concepts. As the Shelah (156-1630) said, Rashi’s comments include “amazingly exalted concepts.”

The Rebbe would often retrieve some of these pearls by revealing the depth in Rashi’s words, demonstrating that Rashi was at home in the mystical dimension of the Torah.

As a great Torah teacher and a devoted shepherd, the Rebbe would also add a practical lesson after virtually every Torah idea he expounded, including his explorations of Rashi, which sometimes extended over several weeks as he held his audience in suspense with the many challenging questions he asked that demanded explanation.

Every word in the Torah is precise, and it is up to us – beginner and scholar alike – to reveal the depth beneath the surface. Doing so is part of the process of refinement that ultimately helps bring Moshiach. 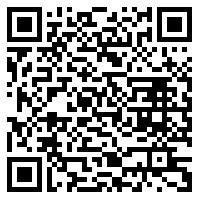