This week brought to light the real source of Palestinian misery. It’s not Israel and not the Trump administration. It’s the Palestinian leadership.

Abu Mayala is part of a small group of PA businessmen who want to see their people prosper. Bahrain’s foreign minister touched on this point when he said the conference “served no other purpose than to help the Palestinian people.” But senior PLO official Saeb Erekat attacked the Bahrain meeting and called on every Palestinian to boycott it; and former PA minister Ashraf Al-Ajrami told me in a live television debate that Palestinian “collaborators with the occupation” like Abu Mayala would be “seriously punished.”

President Trump’s initiative came against the background of two failed Palestinian states: the one in Judea and Samaria and the one in the Gaza Strip.

Bad government, mismanagement of resources, poverty, waste, and rampant corruption among the Palestinian leadership, have combined with collapsing sewer and water systems that were never kept up since the Israelis have left, and restricted food, medicine and power, to create the worst pockets of misery on the planet.

The last national election in the Palestinian Authority took place in January 2005. In 2007, Hamas captured Gaza and since then both governments have been ruling without a mandate from the people.

Both governments suppress free speech and democratic activities, and both prefer to divert their resources to the war against Israel while their people are suffering needlessly.

They invest the donations they receive in incitement and terrorism directed against Israel, rather than invest in essential public services for their people.

They pay salaries to their terrorists behind bars in Israel, and to sustain this outrage, they cut the pay of their government employees by 40%.

At the same time, the Palestinian leaders are mired in graft and corruption. Mahmoud Abbas’ mentor Yasser Arafat embezzled billions of dollars from international donations to the Palestinian cause. Abbas’ own net worth is estimated at $100 million. Hamas collects $5,000 each from Arabs who wish to immigrate to the West.

As Trump’s peace envoy Jason Greenblatt put it, Palestinians attending the Bahrain conference are not the betrayal, “Betrayal is the PA arresting its own people for having the courage to discuss new ideas for a better life.”

If the world wants to empower the Arabs in the two Palestinian dictatorships, it must follow Trump’s example and go above the heads of the corrupt and bloodthirsty PLO and Hamas. Better yet, the world should remove these gangs of criminals, by force if necessary, and replace them with men and women of business and industry who sincerely want to relieve the suffering of their people. 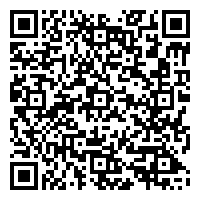