A team of 30 British marines were flown from the UK to Gibraltar to board a giant Iranian oil tanker sailing under a Panama flag in the straits of Gibraltar and headed for Syria in breach of EU sanctions, the BBC reported Thursday night. The marines came down a rope from a helicopter and in speedboats. They did not meet resistance from the ship’s crew in what a UK defense source said was a “relatively benign operation” without a major incident.

Iran’s foreign ministry summoned the UK ambassador to Tehran Robert Macaire over the “illegal seizure” of the tanker.

The Iranian oil tanker sailed from the Persian gulf around the Cape of Good Hope to the Mediterranean only to be impounded at the rock of Gibraltar, a British colony on Spain’s southern coast.

Meanwhile, Panama announced on Thursday that the ship, Grace 1, had been taken off its international boat registry on May 29, and can they have their flag back.

A spokesman for Iran’s foreign ministry called the seizure a “form of piracy,” which the UK’s Foreign Office said was “nonsense.” The same spokesman said “the move indicated that the UK follows the hostile policies of the US, which is unacceptable for the Iranian nation and government.” 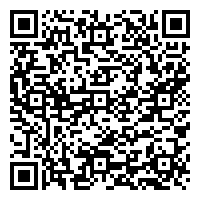