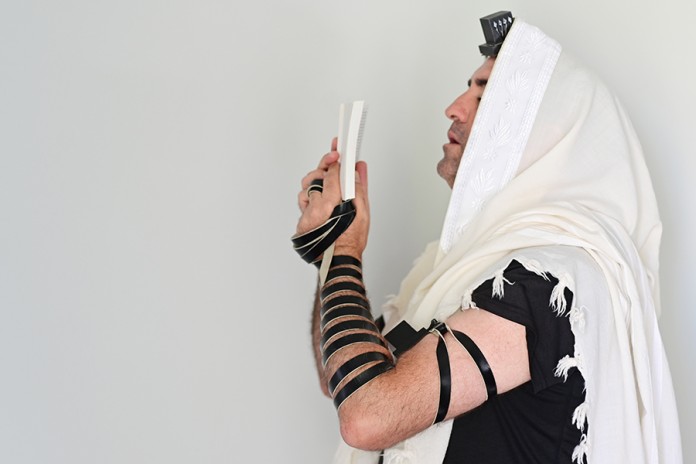 The Torah teaches us, “U’shmartem es mitzvosai v’asisem osom – You should guard My mitzvos and perform them.” Rashi explains the word u’shmartem to refer to the study of the mitzvos and the meaning therefore would be that we can only properly fulfill the mitzvos if we learn how to do them correctly.

Thus, the Mishnah in Pirkei Avos teaches us that a boor, an ignoramus, cannot be a yirei cheit, a sin-fearing person, because he is not familiar with the laws. So, for example, we cannot fulfill properly the mitzvah of prayer without studying the definitions of the words of our prayers. So too, we cannot converse correctly if we haven’t studied the laws of lashon hara. And it goes without saying that we cannot observe Shabbos properly without learning the complexities of the thirty-nine prohibited labors of Shabbos. Perhaps, Rashi also means something else as well. It is only with the proper study of the mitzvos that we can perform them feelingly and meaningfully for, if we haven’t studied the reasons behind the mitzvos, then our performance will be robot-like and bland.

The Chayei Adam introduces another fundamental lesson from our verse. He says that the word u’shmartem also means to anticipate as when the Torah tells us about Yaakov. “V’aviv shomar es hadovar – And his father (Yaakov) looked forward to the matter (the fulfillment of Yosef’s dreams).” The Chayei Adam elaborates that, as much as possible, we should avoid doing mitzvos on the spur of the moment. Rather, we should take a little time in anticipation to prepare for them. In that way, he says, we will do them thoughtfully rather that mechanically.

The Gemara in Berachos tells us that the Chasidim HaRishonim, the ancient pious ones, used to spend a sha’ah preparing themselves before davening. Surprisingly, this is mentioned in Shulchan Aruch. The classic definition of sha’ah is an hour, though nowadays the majority of people don’t even spend an hour on their prayers. However, the word sha’ah is also translated as a moment – for the word sha’ah also means to turn, as in the posuk, “V’el minchoso lo sha-asah – To his meal offering He did not turn.” It takes only a moment to turn and it is for this type of sha’ah that the Shulchan Aruch is referring. We all must spend at least a moment before praying to contemplate that we are now standing in front of Hashem and talking to Him. Similarly, we should take a moment before putting on tefillin to think that we are binding our hands and binding our minds to the service of Hashem.

One of my favorite examples of this discipline is a story concerning the Skulena Rebbe. He was once seen going to a public restroom. Upon coming out, he went right in again and then came back out again. When asked about this, he explained that as he left the restroom, he saw that no one else was there and he wanted to turn off the light to save money for the public. Now, this is a mitzvah of hashovas aveidah, returning something that would have been lost to the public. He didn’t want to do this mitzvah without doing some preparation but he didn’t want to prepare in the restroom. So, he went out, made his mental preparation, and went back in to shut off the light and then he came back out again.

Another classic example of such behavior is how Rav Shlomo Zalman Auerbach, zt”l, zy”a, used to keep a tiny container of water in his pocket. Before entering his home, he would take out the water and apply some to straighten out his beard. He would explain that since he lived in harmony with his rebbetzin, and the Talmud teaches us, “Ish v’isha sholom beineihem, Shechina shru’ah beineihem – A husband and wife who live in peace with each other, the Divine Presence is in their midst.” He therefore was straightening out his hair in preparation for receiving the Shechina. The Chayei Adam concludes that he knows from personal experience that any time he did a mitzvah on the spur of the moment, his mitzvah observance suffered.

Finally, the word u’shmartem can mean to pine for something and this too is the proper attitude for mitzvos. We should train ourselves to look forward to doing our mitzvos. The premier example of this attitude is the mitzvah of sefira. That on a national level we demonstrate in unison an excited countdown towards Torah. But this should be a mindset for all of our mitzvos. We should look forward to the time we spend in shul rather than being the first one to fold up our tallis and make it to the exit. In the merit of fine-tuning our mitzvah performance, may Hashem bless us with long life, good health, and everything wonderful.