Home Judaism Parsha TORAH SHORTS: A Tale of Bitter Rivalry: Parshat Toldot
Share on Facebook
Tweet on Twitter
Photo Credit: Wikimedia
Isaac and Rebecca have twin sons: Esau and Jacob. They’re very different physically and in temperament. Esau is a hairy hunter. Jacob is a smooth-skinned dweller of tents. Isaac loves Esau. Rebecca loves Jacob. The Bechor Shor in the Torah portion of Toldot gives a somewhat different reading of events than what many might be familiar with, from the more popular commentaries.
According to the Bechor Shor, Esau, the eldest, shows up at Jacob’s tent after an unsuccessful hunt, literally starving to death. He is so weak he can’t even feed himself. Jacob sees his brother, his bitter rival, and says to himself: if I do nothing, he dies of his own fault, my rival will be gone by his own doing and I will inherit everything. Esau understands well his predicament. Jacob offers Esau a deal: I’ll feed you and save you in exchange for the eldest’s part of our inheritance. Esau accepts, but in the back of his mind, counting on being his father’s favorite, he expects Isaac to gift him his portion before he dies. Once Isaac would die, a legal inheritance would then be in force and Esau would need to abide by his agreement and let Jacob get the major portion of their father’s wealth (a wealth that we are told previously is vast).
Isaac, wanting to give his favorite son, Esau, the major portion of his wealth despite his agreement with Jacob, indeed decides to bestow the majority of his wealth as well as leadership of the family to Esau before his death. He informs Esau of his decision and sends him to hunt for some food and prepare a celebratory meal to seal the deal. Rebecca, wanting to sabotage Isaac’s and Esau’s workaround of the firstborn sale, suggests Jacob present himself to blind Isaac in Esau’s place. Isaac is fooled and bequeaths his possessions as well as the family leadership upon Jacob (the ultimate rightful recipient, based on his agreement with Esau) in an irrevocable form.
Esau, understandably furious that his treachery was neutralized, plans to kill Jacob at his earliest opportunity, BEFORE his father dies, thereby getting that entire inheritance. Jacob, under the legitimate pretense of going to find a bride from Rebecca’s family in Haran, escapes, taking nothing with him, to travel quickly and lightly, and so Esau won’t suspect his prey is planning an escape.
More than two decades later, the brothers meet briefly, each prepared for war. Battle is averted. The brothers are affectionate and civil to each other and then part ways never to meet again, with Esau renouncing his claim to the inheritance of Isaac and leaving the land of Canaan permanently. However, the descendants of these two brothers, who would go on to form two different nations, would rarely know peace between them.
Some rivalries are not so easy to overcome.
Shabbat Shalom
Advertisement 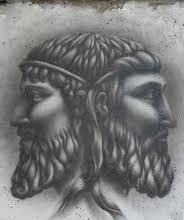 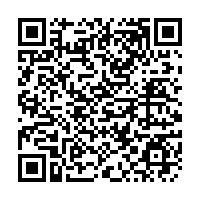