Defense Minister Benny Gantz on Wednesday decided, under his authority as defense minister, to set up a commission of inquiry to investigate the Submarine Affair, a decision that could topple the Netanyahu government, Channel 12 News reported.

According to the Military Justice Law, a citizen summoned to the committee must appear and if he fails to do so, he can be imprisoned. Prime Minister Benjamin Netanyahu, his lawyers and associates are expected to receive a summons from this commission of inquiry and will be compelled to appear before it.

According to the report, the commission is not intended to generate a criminal proceeding, only to examine the procurement process of German submarines and corvettes. But one must be quite naïve not to foresee how its conclusions might lead to yet another criminal indictment against the prime minister.

Haaretz reported Wednesday night that Gantz had invited retired judge Amnon Straschnov to head the committee. Straschnov has the appropriate background to head such a committee, having served as Chief Military Advocate and conducted many trials that touched on security issues.

Defense Minister Gantz’s office said in response that the decision to establish the commission of inquiry had not yet been made.

Attorney General Avichai Mandelblit has ruled that there was no basis to investigate the prime minister on suspicion of committing a criminal offense in the submarine case, as no evidence was found to justify it. But an affidavit submitted by General (res.) Dan Harel, the former director-general of the Defense Ministry, raises troubling questions regarding the unusual and acute pressures Harel claims were exerted by the Prime Minister and senior officials regarding the procurements of the submarines and other vessels.

According to Harel, he was under constant pressure to purchase submarines and corvettes from the German corporation ThyssenKrupp AG.

“A heavy-duty press was used on my office,” Harel wrote in his affidavit, “Both from the Prime Minister’s Office and from the representatives of the National Security Council, which was intended entirely to prevent the publication of tenders, so the ministry would make the purchase in Germany, specifically from ThyssenKrupp AG. In this context, I am reminded, among other things, of receiving written instructions from the Prime Minister’s military secretary prohibiting a tender, as well as many oral requests from the head of the National Security Council, Yossi Cohen, as well as his deputy, Avriel Bar-Yosef, who contacted various individuals in the ministry including the director of procurement and the ministry’s ombudsman – and the latter updated me on this.”

“My position was that only by way of a tender can any manufacturer – including ThyssenKrupp AG – be forced to give the best price and that any shipyard with the capacity to produce the requested model is welcome to make offers even if it enjoys a government subsidy,” Harel continued.

Harel described the heavy pressure that was exerted to prevent an international tender for the purchase of protective ships for Israel’s natural gas rigs, and the consequent purchase of four ships ThyssenKrupp AG. He further described how his tender was kept a secret from the PM, and how it was torpedoed anyway.

“I instructed the head of the procurement directorate, given the numerous pressures from the Prime Minister’s Office, that the publication be made without prior notice or prior coordination with the National Security Council or the Prime Minister’s Office,” Harel wrote, “so that this move would be a fait accompli that’s not up for discussion, in an attempt to ward off the pressures.”

“Very shortly after the tender had been announced, the head of the National Security Council, Yossi Cohen, contacted me, demanding that the tender be canceled, according to him, due to Prime Minister Netanyahu’s demand to cancel the tender,” Harel wrote, adding, “I replied that I could not act according to an unreasonable dictate. Shortly afterward, Mr. Cohen returned to me and handed me a document on behalf of the head of the National Security Council stating that the prime minister was instructing me to cancel the tender. I made it clear to him that without a written instruction directly from the prime minister and his signature, I did not intend to cancel the tender, and that even then, I would ask to meet with the PM to understand why.”

“This demand of mine was not answered at all,” Harel clarified. “The ministry’s legal counsel, attorney Ben-Ari, also informed me that attorney David Shimron also wants to stop the proceedings, in accordance with Prime Minister Netanyahu’s position. It did not occur to me at the time that Shimron was also connected to a ThyssenKrupp AG representative in Israel, and that he was acting in exchange for a fee in the service of the company’s agent Mickey Ganor, in addition to his activities on behalf of the prime minister.”

Throughout his affidavit, Harel reiterated Prime Minister Netanyahu’s alleged unusual and alarming intervention with a demand Harel calls “unreasonable” to increase the number of submarines in the IDF submarine fleet.

“Mr. Netanyahu told me and [then defense minister Moshe] Ya’alon very firmly while banging the table that he wanted another submarine, a seventh one,” Harel described, noting that “although it was not an official directive, I believed that such a directive, which was intended to bring about the acquisition and increase of the submarine’s total, was unreasonable.”

“Against the background of my acquaintance with this subject,” Harel continued, “a debate emerged between me and Mr. Netanyahu at that meeting, and I remember that I replied to the prime minister that there was no need for a seventh submarine and that we could not afford it anyway.”

“The exchange between us was unusual,” Harel wrote. “Mr. Netanyahu said he would take care of the budget for purchasing another submarine from a budget outside the defense budget. I replied that I did not accept his view. I reminded the prime minister that despite the difficulties connected to the defense budget, he had not been keeping other promises he made to the ministry and to me personally by him for an additional budget.”

So, lots of bad blood there, apparently.

The Likud responded with the following statement: “Only four months ago, Gantz explained that there was no reason to investigate the recycled submarine affair because even the attorney general ‘did not find it appropriate to open an investigation and I am content with that.’ Now all of a sudden he is ‘considering’ it. What has changed in the meantime? Answer: Blue&White is crashing in the polls and looking for a way to garner votes by idle exercises against Prime Minister Netanyahu. It would be better for Blue&White to join the prime minister in working together to save the lives and livelihoods of Israeli citizens, instead of engaging in ridiculous political exercises.”

Although Blue&White is indeed crashing in the polls – the Likud is also sinking, so that doesn’t answer the question of why PM Netanyahu decided to shell out an additional half a million euros (to be fair, half of it was picked up by the German government, so only 250 million euros) even though the entire security apparatus was against it. So far, Netanyahu’s only explanation was that he thought it was better that way. One hopes that before a committee of inquiry he could provide a more succinct justification. 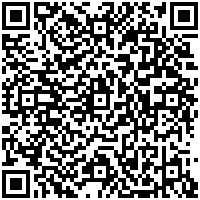