Secretary of State Mike Pompeo on Thursday told Prime Minister Benjamin Netanyahu in Jerusalem: “We want to stand with all other nations that recognize the BDS movement for the cancer that it is.”

Pompeo said that the Trump administration now views the international campaign to boycott, divest from and impose sanctions on Israel as anti-Semitic, and will cut off its support to organizations affiliated with BDS.


Mustafa Barghouti, who has advocated a boycott of Israel for years, said Pompeo is merely attempting to complicate President-elect Joe Biden’s plan to renew US ties with the PLO and the PA.

Barghouti told the NY Times in response to the Pompeo declaration that “BDS. is a peaceful, nonviolent movement,” which is “not against Israeli or Jewish people — it is against the policy of occupation and apartheid. Calling it anti-Semitic is another way of suppressing people’s rights of freedom of expression and freedom of choice, and also a harassment of the American people who have the right to choose whether to participate in it or not participate in it.”

To date, 32 US states have adopted laws, executive orders or resolutions designed to repel boycotts against Israel. In July 2019, the House of Representatives voted by an overwhelming margin to pass a resolution condemning the BDS campaign against Israel (it passed by a 398-17 vote; the 17 members of Congress who voted against condemning BDS included, of course, Reps. Rashida Tlaib, Ilhan Omar and Alexandria Ocasio-Cortez). The Senate passed S.1 which contains anti-boycott provisions on January 28, 2019, by a vote of 74-19.

Netanyahu told secretary Pompeo: “Mike, we have worked together closely for these past four years. First when you were CIA director and then as Secretary of State. And I think from those two unique vantage points you’ve seen firsthand evidence of what I’ve been saying for many years, that the United States of America has no better friend than the State of Israel. And you can attest to that in a variety of ways.”

Netanyahu added: “But you also worked hard to prove the other thing that I’m saying for many years and you contributed to it personally, mightily, that Israel has no better friend in the world than the United States of America. And over the last four years, under President Trump and his remarkable team led by you and Ambassador Friedman and Jared Kushner and others, Israel’s alliance with the US has reached unprecedented heights.” 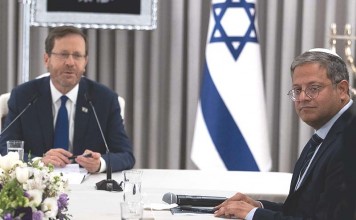 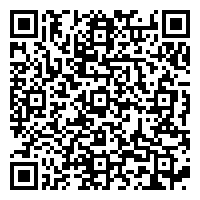