The ancient biblical city of Sodom was considered particularly evil. God eventually decides to destroy the city and almost all of its inhabitants. However, before He does so, He notifies our patriarch Abraham. What then ensues is a surreal haggling between God and Abraham as to how many righteous people in Sodom it would take to save the city.

Abraham starts the bidding at fifty people and God agrees. Abraham quickly lowers the bid to forty-five, forty, thirty, twenty and finally ten. God agrees to each of Abraham’s offers. Abraham stops at ten, apparently understanding that he can’t ask for less than ten righteous people to save Sodom. It turns out there aren’t even ten. Sodom is subsequently destroyed in a dramatic telling in Genesis Chapters 18 and 19.


Rabbi Hirsch on Genesis 18:1 wonders as to why God informs Abraham of His plans and enters into the bizarre negotiation. Rabbi Hirsch explains that God wanted Abraham to understand and be aware of the evil of Sodom so that Abraham’s descendants should never become like the people of Sodom. They should beware of the horrendous example of those people.

However, the episode also demonstrates Abraham’s love of humanity. It didn’t matter to him how despicable the Sodomites were. They were human beings created in the image of God and he would make every reasonable effort he could, even arguing with God, to save them. Abraham was not an isolationist looking out exclusively for his own interests. He did look out for his family and allies first, but he did not turn a blind eye to the suffering of others.

May we surround ourselves with and look up to good examples.

Dedication: To the memory of Leonard Cohen. His music reached and inspired many. 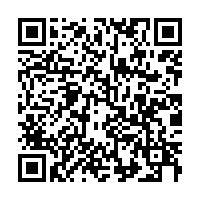