One of the most important ways we can prepare for Purim is to glean lessons from the haftarah for Parshas Zachor. Shaul HaMelech fails to complete the mission to destroy Amalek due to a lack of confidence in his own leadership abilities. He allowed the feelings of the people to influence and dictate his actions or lack thereof.

It is possible to suggest that one of Shaul’s weaknesses was a little voice inside him that challenged how much he could accomplish. “The people won’t listen to me anyway so why should I bother trying to truly assert my leadership? Let me just move them a little – that’s all I can really accomplish.” There was some cynicism in Shaul’s mind, some influence of Amalek, some internal conflict saying “You can’t ever amount to what you dream of being.”

Commentaries explain that the gematria of Amalek is 240, the same as the word safek, doubt. Amalek tries to get us to doubt whether we can become close to Hashem.

Rav Yaakov Weinberg, zt”l, explained that the basic Amalek philosophy is that man rules and we don’t want G-d involved – scientific advancement is all we need. This was why Amalek accosted the Jews in Refidim soon after Yetziyas Mitzrayim. It was a militant challenge to Hashem’s rule on Earth. And it was the hallmark of the worldview that came to full fruition in Nazi Germany. Indeed, this unique churban crowned an era when man’s conduct was determined by man-made ethics, formulated by his own understanding of right and wrong, an era when Man believed in the greatness of his own scientific thought, his own creativity, and his own instinct for goodness.

It is essential, not only for Jewry to be Jews, but for mankind to function as humans, that we declare our total submission to Divine wisdom and Divine rule. Until we accept that there is no other source of truth, no other source of right, no other criterion for human behavior, we will continue to face the crises that human beings have faced for generations.

This philosophy of Amalek took its toll upon Klal Yisrael as well. This is why many in the Jewish nation reacted to the Holocaust by distancing themselves from Hashem. Just as in Parshas Beshalach, the proximity of Amalek and their influence prompted Klal Yisrael to ask “Hayesh Hashem b’kirbeinu im ayin,” so too did the Nazis inflict horrible damage to our core beliefs. There was a spiritual holocaust that occurred as well.

We have an obligation to erase Amalek’s name by destroying this philosophy.

This doubt is what allows us to attend a shiur and gain intellectually, yet fight tooth and nail to keep the sechel’s development from entering our hearts. This is why, Rav Moshe Weinberger explains, the word Amalek can be divided into two words, am molek. The word melika means to separate the head from the rest of the body, as was done to korbanos of birds in the Beis HaMikdash. Amalek is all too happy to let us grow intellectually, as long as we don’t translate that growth into a deeper connection with Hashem in our hearts.

The Midrash describes Amalek as a letz. It’s not that Amalek makes fun or jokes; leitzanus is actually cynicism. Cynical people always try to point out the negative. Rav Hutner explained it this way: A letz looks at a building to find the crack that will allow them to topple it.

In attacking us, Amalek was trying to convey to us and the world that while it may seem that the Jewish people are with G-d and that He will always protect and save them from enemies, it will not last. The inspiration of Yetziyas Mitzrayim will never survive the test of time. What you know with your mind will never make its way to the heart. You will never really grow.

The Nesivos Shalom (Shemos, page 299) explains that only as a result of the holiness and strength of Shabbos, are we able to engage in the mitzvah of erasing and destroying Amalek. The evil of Amalek is extremely powerful and we are only able to counteract it through our observance of Shabbos. This is why we specifically read Parshas Zachor on Shabbos and not on Purim itself, which one might think would be more appropriate. Removed from all distractions relating to finances and work, Shabbos allows us to strengthen our spirituality and thereby weaken the forces of Amalek.

We will close with a relevant story.

Rav Yeshoshua Hoberman, rosh yeshiva in Long Beach, once spoke about a proper rebbe/talmid relationship. He said that rebbeim have to care about their talmidim’s growth, even if that means sometimes offering them constructive criticism. Despite our telling ourselves we can’t be effective, despite our discomfort in doing so, despite the cynical voice we hear saying, “they’re not going to listen anyway,” our talmidim expect us to do it because that shows that we care. If we wouldn’t do it, they would feel that we are not truly concerned for them.

Rav Hoberman told a personal story of a talmid who was constantly coming late for Shacharis, and trying to sneak in without Rav Hoberman seeing him. But he did see him and the talmid knew. Still, Rav Hoberman was reluctant to say anything, not wanting to confront an uncomfortable situation. Finally, Rav Hoberman caked him in. Do you know what the talmid said? “I was wondering why the Rosh Yeshiva never tried to speak with me about this problem before. I began thinking that he didn’t care! I am thankful for the care and concern and will try to improve.”

“I thought I couldn’t be effective,” said Rav Hoberman,”but that was my yetzer hara talking to me.”

Rav Hoberman told another story about a man who was cheated by his business partner. The man choose not to go to beis din in order to avoid a terrible, prolonged machlokes. The partnership was broken up yet the other partner felt aggrieved, claiming he had good explanations for everything he did and was not a thief. The victim stopped relating to his former partner in a friendly manner whenever they saw each other in public. The most he would do was nod at him with a forced smile. Astonishingly, the other partner expressed wonder at why he was being treated this way. The victim decided to ask Rav Shteinman what he should be doing.

Surprisingly, Rav Shteinman encouraged the fellow to treat the former partner with some level of friendliness, saying, “According to what you told me, if you are correct, then your partner is on his way to gehenom. But that doesn’t mean you can’t smile at him on his way down.” This means that we are even expected to be superficially friendly to people who have wronged us, but who feel that they haven’t. We would have thought that is simply not possible but what an expectation of the greatness of man Rav Shteinman had! What a story to use to shout at the inner cynical voice we all hear at times. As a great man once said, “Nothing is impossible – the word itself says I’m possible!” 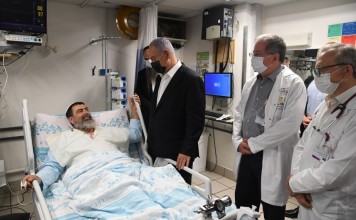 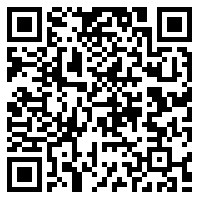